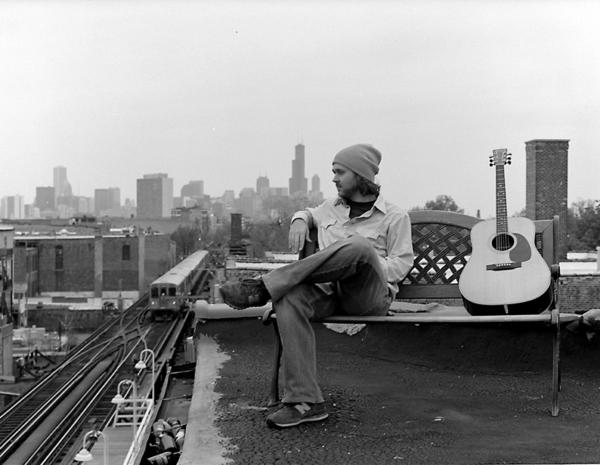 Cody Diekhoff aka The Chicago Farmer is a “folk-singer.” But, just saying that would be a huge disservice! He combines the grassroots of folk, the swooning of blues and seals the deal with honesty + harmony. A clear Dylan fan lyrically and one hell of a musician.

Cody is originally from Central IL hence his second release title, “From a Small Town in IL.” He made the move to Chicago a few years ago and has become an integral part of Chicago’s underground & folk scene.

I had the pleasure of seeing him perform this past October during his month long stint every Wednesday evening @ the Black Box Theatre in Bloomington, IL. I had heard of him a few years ago from fellow music enthusiasts but his show solidified me as a true fan. From the instant he took the stage he made a connection with the audience and by the end many fans felt more like friends.  I truly believe his success has come from both his exceptional ability as a musician and his friendly demeanor.

He has 3 albums, “Talk of the Town,” being his most recent. His new EP “Gunshots on Tuesday,” is complete and is in the Art work stage of Production according to, www.chicagofarmer.com

It will be available soon and it will warm your heart like hot cocoa!