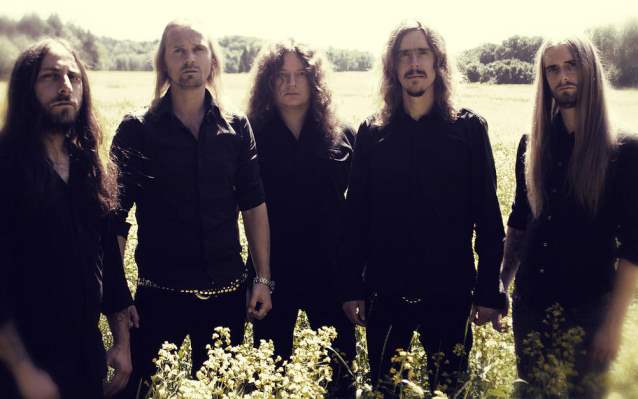 The progressive metal gods are in the studio, working on another studio piece which will thrill our ears and scare off kids on a radius of 3 blocks. According to Opeth frontman Mikael Åkerfeldt, they’ve already written 4 songs entirely for the new CD, and three others are in various states of completion.

“We’ve been looking at [tracking the next album at] Rockfield Studios in Wales where QUEEN recorded ‘Bohemian Rhapsody’, but we haven’t made a decision yet,” Åkerfeldt tells the Swedish newspaper Expressen. “But it will be an expensive album. There’s a lot going on, lots of string arrangements that we haven’t had in the past.”

When asked how it will be like compared to ‘Heritage’ – their latest work which came out in 2011. Thom Jurek of Allmusic brilliantly described ‘Heritage’ as a brave album – and that it is: “Love it or hate it, Heritage, for its many excesses — and stellar conception and execution — is a brave album“.

Don’t know about you guys, but I for one can’t wait to see how it sounds! Meanwhile, you can catch Opeth this Friday, on the 6th of September, on Melloboat 2013, a two-day cruise between Stockholm, Sweden and Riga, Latvia featuring performances by a number of progressive cult bands and heavy hitters, including Morgan Ågren (featuring a guest appearance by Devin Townsend), SAGA (Sweden), CRESSIDA, ICECROSS, TRETTIOÅRIGA KRIGET, ÄNGLAGÅRD, PANTA REI 2.0 and BADGE.