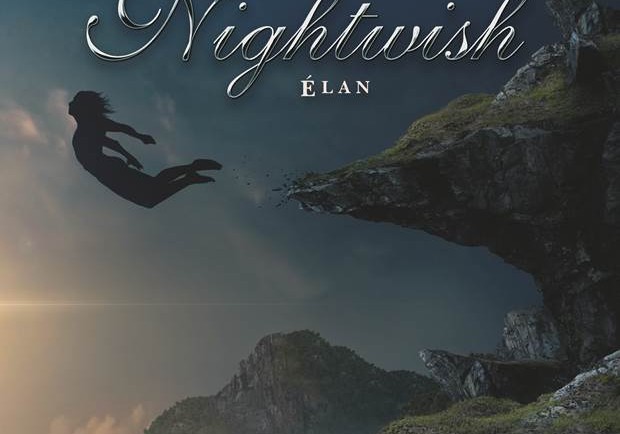 The well known Finnish symphonic metal band officially released their newest single along with a very interesting video. Élan is the first single that surfaced from the band’s upcoming album Endless Forms Most Beautiful, which will be available starting March 27 in EU through Nuclear Blast.

What makes this new album so special is the fact that this is the first studio album ever to be released with the band’s newest singer, Floor Jansen, former After Forever singer, which replaced the pop-metal singer Annette Olzon.

I have to admit that after I’ve heard the news that Floor became the band’s newest vocalist I really thought that Nightwish will turn back to really make some good symphonic metal music. It seems that I was wrong. These guys just wanna stick to the pop-metal area.

Even though I am not really impressed by the song (actually I think it’s quite average) the video is really not that bad and the singer looks very nice in the pin-up – rockabilly outfit. Check out the video at the bottom of the page!

For many of you might not be the very first time you listen to the Élan single, because last week the song actually leaked on the internet. Asked to make a short statement about this event, the band’s frontman, Tuomas Holopainen replied:

The leaking of a full album, or just a single song in advance, is a huge blow to the wonderful mystery which is surrounding the impending release of our new music. We have deliberately cultivated this so as to give our fans an event; a (hopefully) powerful surprise. The passionate posts on the bands Facebook page (which were done in the heat of the moment) were no doubt a honest reaction to the disappointment in someone deliberately spoiling a part of these efforts. To suggest that the band or the record label would do this on purpose is very “conspiracy theory” and simply not true. The very thing we care about most is the music on the album, and the impact it will have on people.

When I’ve heard about this my thoughts went to Lana del Rey which has no problem with her songs being leaked like every time she wants to release some new material, but this time I have to agree with Tuomas. The leaking of one new song really makes the magic moment of releasing fade away (not speaking of entire albums and bands that leak their own albums).

My only concern now is how long will take them to change Floor Jansen as their vocalist. Don’t get me wrong, I like Floor, and I used to listen to a lot of After Forever and Nightwish back in my teenage days but you guys have to admit that this band changes their singers and band members like (I’ll quote Katy Perry here) a girl changes clothes.

Enjoy the video below and don’t forget to free your mind and share your thoughts!