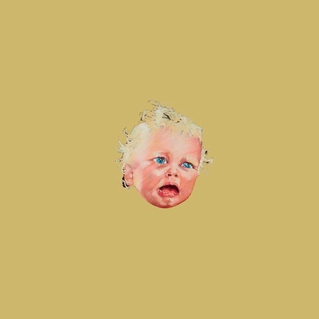 The Swans weren’t the first 80s underground band to make a comeback after 2000; they’re not even the only ones who refused any nostalgic get-together tour. But when they did come back, they weren’t just a reunited band – they were a changed band. Michael Gira assembled a different line-up, including a huge drummer accurately named Thor, and they played a completely different type of music. It wasn’t the initial industrial sludgy rock that brought them to prominence, and it wasn’t the post-goth serenity of their ’90s work. They came up with something different.

The music which The Swans play today is something else; it’s grotesque, yet grandiose. It’s in your face brutal, but somewhat subtle at the same time, and when all is said and done, it’s extraordinary music (for the better, or for the worse). Longtime Swans listeners won’t be surprised by anything in this album, but if you’re a Swan virgin… phew, you’re in for one hell of a ride! But be warned – the Swans are an acquired taste; they are dark, ravenous and icy.

You’ll know if you’ll like this album from the first song – when the guitar and the vocals start kicking in, you’ll probably say one of two things: “This is awesome!”, or “What the hell is this?” – or maybe both (I think that’s what they were going for). The explosions of guitar noise are like a bludgeon, especially “A Little God in My Hands”. The vocals are haunting and grudgy angling hard on the “forever” of the repetitions. Everything is visceral – especially the lyrics.

Speaking of the lyrics, as usually with the Swans, they are really dark and terrorizing. The most common word of the album (by far) is ‘No’ – a common theme, a common sentiment for Gira: refusing, denying, trying to break free. But there’s quite an interesting change here: the second most common word is ‘Love’. To me, this seems like the central theme of the album. Love can be as voracious and striking as fear and denial – love can put everything into perspective. In “Just a Little Boy” (in which Gira sings from the perspective of an unborn child): “I’m not human, I’m not human/ I need love! I need love!” – but the screems don’t ask for mercy or anything, they are merely a meditation on the human condition. In “She Loves Us” we get a different kind of love – a lusty, passionate, hallucinating love: “I am no thing / I am no one / Come to my mouth / Come to my tongue / I am your girl / I am your son”.

The resurgence of the Swans is not a fluke – it’s not something they’re doing just for the sake of it. If anything, the hiatus was a prolonged gestation period, and we are now seeing the results. 60 year old Michael Gira has shown us once again that he is not afraid to go (musically) wherever his muse would take him, be it dark and ravenous places, or the blazing corners of love. It’s the kind of music which is hard to describe in words, which you either love or hate from the start; as I’ve already said, it’s brutal, haunting, and in a way, charming. Definitely one of the more noteworthy releases from 2014.