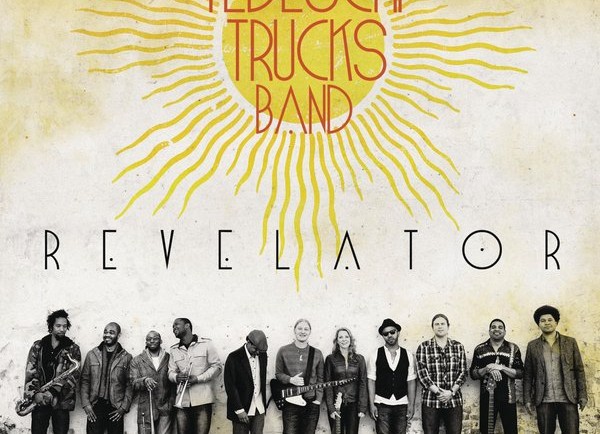 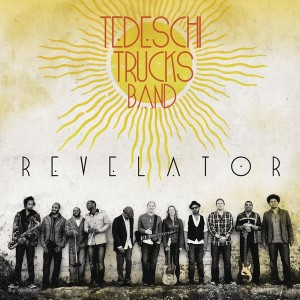 Derek Trucks and Susan Tedeschi prove marriage and some great friends can put together an incredible album . Before the upcoming Boston show on August 17th at the Bank of America Pavilion, I asked Susan and Derek  a few questions and this is what they had to say about it:

ZME: With the soon to be released “Revelator” album, you can hear the connection
between the band members from the music that they play. What do you feel
makes this connection work so well?

Susan: One reason I think this connection works so well is the mutual respect we
all share for each other and mutual love of different styles of musical influences
we share.There is a real sense of dedication and focus in this band. We act like a
large family and do have a few band members who are family. Obviously there’s Derek
and myself but there’s also Kofi and his brother Oteil… When they play off each other
it’s just amazing. We all have a real comfort level with one another as musicians, and
as people. Even our two drummers, J.J. Johnson and Tyler Greenwell, who hadn’t
worked together before yet had an amazing connection from day one .They were
instantly in synch. The connections are only growing too, the more time we spend on
the road together.

ZME: The single “Bound for Glory” is an uplifting and powerful song. The music
sounds like a mix of blues, jazz and gospel. This fusion combined with the
masterful vocals by Susan sounds like a comfortable summer’s day. Can you
describe the atmosphere while recording this track?

Susan: Mike Mattison co-wrote that song with Derek and I. He also wrote “Midnight in
Harlem” and in both cases we were just blown away, but unlike “Midnight in Harlem”
we didn’t really play “Bound for Glory” on the road last year so it mostly came together
in the studio. We’re all fans of gospel music and since the song has such a positive
feeling that was the direction we chose. It just builds and builds, until the horns start
in and Derek takes his solo and the whole thing just goes over the top. It feels like a
summer song for me too, even though we did record it in winter, it’s usually not too
cold in Jacksonville! 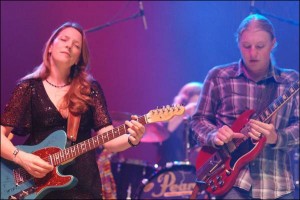 ZME: My favorite track on Revelator is “Learn How to Love”, it’s such the fantastic
groove. What can you tell me about the background story to this song?

Derek: We wrote with a lot of our friends on this album, so we’d have Oliver Wood down at the studio for a few days, then Gary Louris, then David Ryan Harris and so on… “Learn How To Love” was written with the guys from Lettuce – Eric Krasno, Adam Deitch, Adam Smirnoff – and their band is really geared towards deep funk grooves, but in this case the tune sort of took a left turn towards juke-joint blues and rock.

ZME: It’s clear that you all can make a beautiful studio album when love clearly comes
into the songs. Do you think that if you had an entirely different set of
musicians, would the musical vibe feel the same?

Derek: I’m sure it would have been different. In every way this album is a collective effort. Each person in the band really put their own stamp on it, whether it was songwriting or soloing or just the right tone. I don’t think any other bassist sounds like Oteil Burbridge so I can’t imagine what the album would sound like without him. Before we really sat down to record, we spent a lot of time and energy making sure we had the right lineup in place. It wasn’t really until our New Year’s show this year that we felt like we had found it. It was one of those great moments, knowing we had hit on something special. We couldn’t get back to the studio fast enough after
that.

Derek: I started playing out live when I was 9 so I have great memories of getting out
on the road with my family seeing new areas of the country. I’d be playing baseball
one minute, or playing video games in a bar before soundcheck, and then the next
minute on stage. It was great because it’s a time in your life when you don’t overthink
things. You’re just out there having fun.