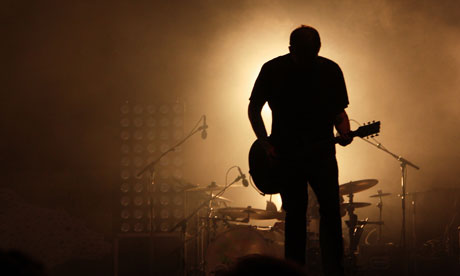 So, you’ve assembled your band, you’ve swam through the ocean of agony that is finding a group of musicians you can reasonably, prospectively be expected to live in a van with, you’re all on the same wave length (just about) and you’ve put together a pulverising 20-30 minute long set that’s as tight as a drum (pardon the expression) and you’ve melted the very ears off anyone that’s come within a mile radius of you during rehearsal. Good job. Next step? You need to get those boots on the stage. You need to hit the road and start putting your name and your Earth-shattering sound in people’s faces. Thing is, booking a gig is (believe it or not) one of the trickier parts of being in a band. Here’s our guide on how you should go about it and a few tips and pointers for success!

First thing is, trying to book a gig without some indication of your style/proof you don’t sound akin to a flock of pigeons trapped in a dustbin, is like trying to nail jelly to a speeding train. Difficult. You need some sort of recording and ideally, it should be the best you can do – but, it only needs to be one track. Base evidence. Of course, money is tight so shop around. If you’re well practised, you should only need a day or two in the studio, and the track can be used for all sorts of promotional goodness, just make sure to choose wisely.

The next thing you need to do is make that audio available. Whether that’s burning a handful of discs to send off, or if it’s getting it up on your Facebook or Bandcamp account (both essential, by the way) and dishing it out to everyone for free. If you go for the disc option, remember to:

It might be true that anyone with a bit of spare cash and a marker pen thinks they’re a promoter these days, but that should never be assumed. As with all interactions, communicate professionally and with a friendly tone. Contact information for venues and clubs is usually readily available online, or perhaps you already know where you’d like to play. Calling up can often work, though in our experience promoters often tell you they’d rather be emailed and that way they can listen to you at the same time. Whilst you won’t get a direct response this way (you rarely will on the phone anyway) you’ll at least keep them happy.

As we mentioned, Facebook/Bandcamp/Twitter, all internet presence is good and in many ways essential. If you’re interacting with people on these mediums anyway, this is a great way to begin building an audience, and the chances are the venues will be online too. Establishing a relationship through social media is one of the best, and easiest ways to bag yourself a gig!

Essentially, gig booking is all about putting yourself out there, networking and building relationships with others in your industry. From other bands to venues to promoters; it’s difficult, but like anything, put in the hard work, persevere and suddenly one gig turns to two, two to three, three to six, and before you know it, you’re on tour and living in a van with those people you foolishly chose to be your band mates!

This article was written by Rob Vicars of Tech Music School. Rob played in a small, touring band for a number of years, and now writes for this diverse and creative London music school, who teach everything from guitar to song writing to music business!