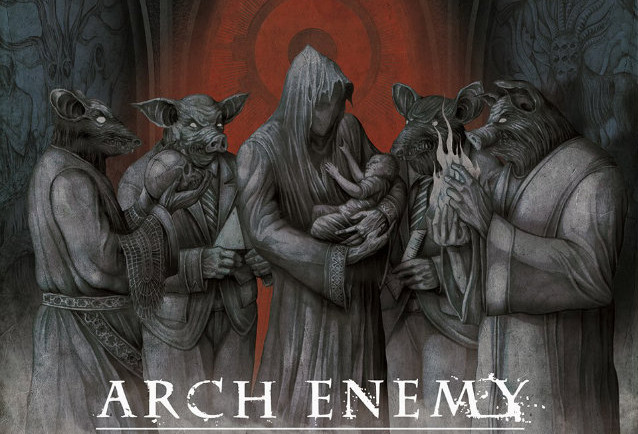 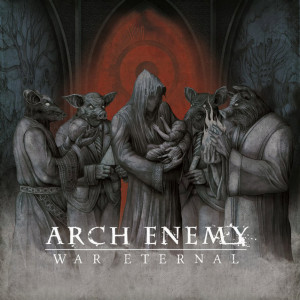 The melodic death metal band decided to share some new information about the upcoming album: the album’s artwork and also its tracklist. The album’s artwork, which was created by the Romanian artist Costin Chioreanu, resembles very well the message that the band wants to share through the whole idea of this new album.

Also speaking about the upcoming album and the idea behind War Eternal, the band’s guitarist, Michael Amott, said that:

A lot of times life is a struggle, a war against what I like to call ‘mental chains’ in society that try to prevent you from living life the way you want, that try to stop you from making your dreams come true. I have always resented that and I always will. The title sums up our collective attitude a band as well; stages will be destroyed, eardrums will bleed. There will be no choice. This, ladies and gentlemen, is ‘War Eternal’…

The album which is set to be released on June 10, will contain 13 tracks as it follows:
1. Tempore Nihil Sanat (Prelude in F minor)
2. Never Forgive, Never Forget
3. War Eternal
4. As The Pages Burn
5. No More Regrets
6. You Will Know My Name
7. Graveyard Of Dreams
8. Stolen Life
9. Time Is Black
10. On And On
11. Avalanche
12. Down To Nothing
13. Not Long For This World
Also recently the band released a new video for one of the songs from the upcoming album, War Eternal. This is the first Arch Enemy video which features the new singer of the band, Alissa White-Gluz. Check out the video below!