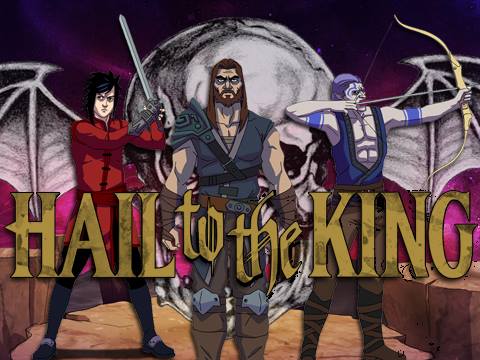 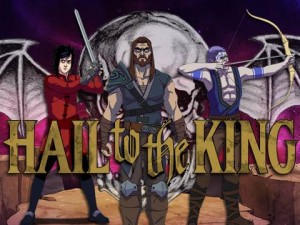 The animated series will premiere on December 15, and according to M. Shadows,  the story plays as a backstory for the band’s upcoming mobile game, Hail To The King: Deathbat. The animation was created in collaboration with Machinima and, the well known creator of Dethklok and Metalocalypse series, Jon Schnepp.

Also talking about the idea of creating this game, M. Shadows said that:

Two years ago while touring in South East Asia I looked around the bus taking us from the airport to the hotel and noticed everyone was on their phones and iPads playing different types of games. We had a discussion and decided that it would be fun to create one of our own. The problem was that we didn’t feel passionate about doing a full on typical music game. We wanted to do something different. Something inspired by some of our favorite games. So we came up with the idea of turning some of our songs and art work into a living, breathing, evil world. We wanted to bring the story of the Deathbat to life and allow you to control its destiny. While the game stands on its own in terms of the story and game play, we still wanted to add in some extras for our fans.

According to Shadows, by playing the game, you can unlcok 16 pieces of never seen before artwork from the band’s albums. To find more information about the band’s animated series and the mobile game, check out the band’s official facebook page.

Enjoy the teaser below!