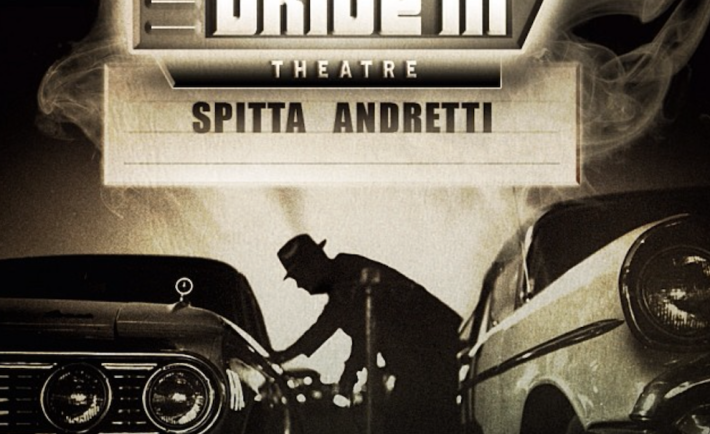 New Orleans native Curren$Y released his new mixtape The Drive in Theatre on Friday. The 15-track tape includes features from Action Bronson, Le$, Mary Gold, Freddie Gibbs as well as frequent collaborators and Jet Life affiliates Cornerboy P, Fiend, Smoke DZA, Young Roddy and Trademark Da Skydiver. The Drive in Theatre has already been a huge hit, being downloaded over 100,000 ties off DatPiff since Valentine’s Day, when it was released. It seems Spitta has had a been on a bit of a noir-binge lately, as this release seems to be heavily influenced by film noir. The cover art looks like a scene straight out of The Big Sleep, and most tracks sound like something Phillip Marlowe could have listened to, only newer and fresher. This seems to be a theme with Curren$y lately, as his previous two releases, The Stage, and to a lesser extent Bales, which he released with Smoke DZA and Young Roddy respectively have had a similar sound, even similarly stylized cover artwork. This is an interesting direction for Curren$Y to take his career in, as it’s quite a departure from his earlier tapes like Fast Times at Ridgemont Fly or Smokee Robinson or even 2011’s Verde Terrace. But it certainly sounds just as good, if not better, and I am, as are all Spitta’s fans, anxiously waiting to see what he does next with his new direction. Check it out with the link below

View all articles by ColeN