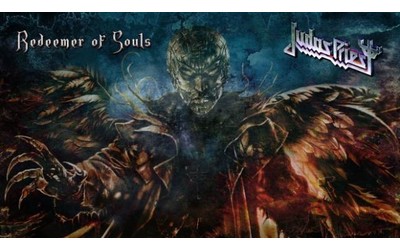 It’s been a good couple of months for metal fans – as Alexandra was telling you in March, they finished recording their new album, a follow up to 2008’s Nostradamus.  After a week-long countdown to the official new album announcement, now we have a new song from their forthcoming new album, “Redeemer of Souls,” which will be released in North America on July 15.

“We are revved up and ready to unleash the Priest one more time for our metal fans around the world,” posted the group. “So here’s a track for you to listen to entitled ‘Redeemer of Souls’ from our new album of the same title.”

If we can judge the entire project  by this song… we’re set for an awesome album! I mean, Redeemer of Souls can stand right up there with the best from Judas Priest! I really love how they change their core style remains the same, but continues to change through the years. The only negative thing worth noticing is the lyrics, which seem to somewhat lack creativity, and are a little sloppy if you ask me. But all in all, an awesome song, which forecasts an even more awesome album!

The band’s frontman, Rob Halford, described Redeemer of Souls as:

“hard. It’s heavy. It’s something we think our Priest fans will be thrilled with. We know we have a reputation to maintain, and we know we have to deliver something really strong and solid. The album is going to be full of all the great things you love about Judas Priest.”