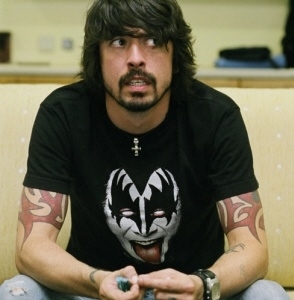 Now now, don’t get your hopes up – this isn’t about Nirvana reuniting or something like this – it’s about another band with a Nirvana-like impact.

Dave Grohl went further, explaining that the entire chain of events which led to Nirvana will definitely happen again, someplace else:

“We were real and visceral, f–ked-up and ugly. That was what people were craving. And that will never go away,” he said. “There’s a band in a garage right now writing songs for an album that will do the same thing ‘Nevermind’ did some 20 years ago. We don’t know who and where, but it will f–king happen again. All it takes is for that storm to break.”

In other news, Nirvana guitarist/collaborator Pat Smear said that he believes the band should play without Kurt Cobain. Smear, who joined Nirvana in 1993 as a second guitarist explained that he understands how jamming Nirvana tunes is “different for those guys than it is for me,” referring to his bandmates:

“I know Nirvana’s a strange thing,” he explained. “It means a lot of things to a lot of people. I personally wouldn’t have a problem with it.”

Meanwhile, the Foo Fighters seem to be doing quite well for themselves, being named the No. 1 artist in the history of Billboard Alternative chart. Here’s the entire top 10:

Do you agree with Dave on this one? Can another Nirvana be in the garages, just waiting for a chance to get out there and rock everybody’s world?