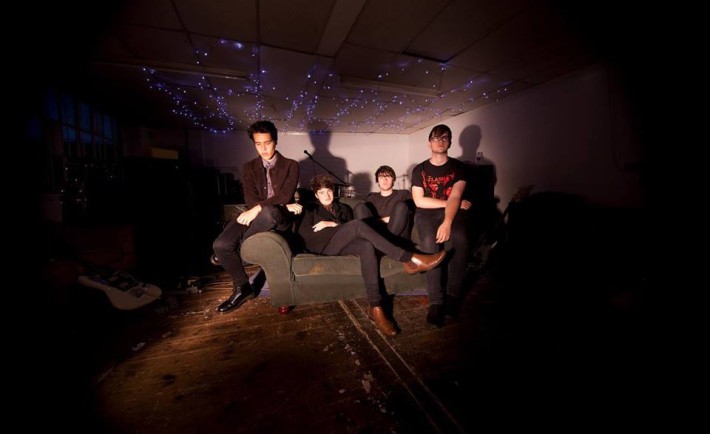 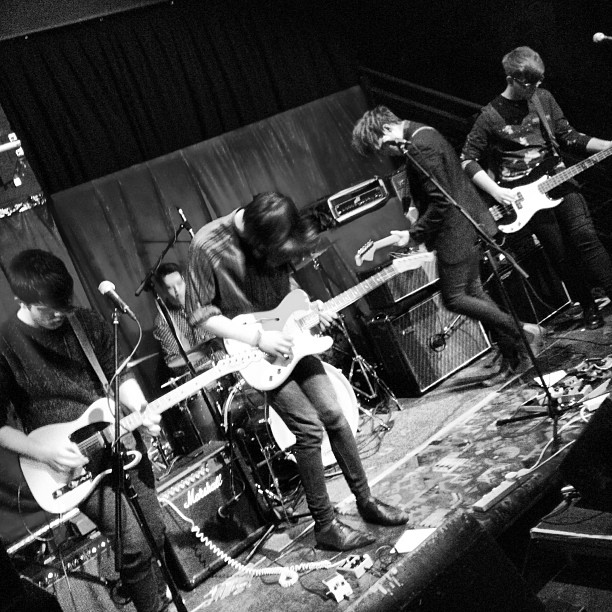 Hailing from Newcastle upon Tyne, a city renown for it’s relentlessly hard working and ever-growing music scene, Tissue Culture are the latest addition to the gang, and they’re kicking up quite a fuss.

Over the last 12 months Tissue Culture have taken the local scene by storm. Off the back of their debut EP (‘Saint Waleric‘) release last October, the brooding five-piece have racked up an extensive and impressive portfolio of live shows and critical acclaim, sharing the stage at both festivals and prestigious local venues with the likes of The Futureheads and Let’s Buy Happiness, as well as gaining both local and national radio airtime on numerous occasions.

I chatted to the frontman of the group Archie Smith, who filled me in on what it is that him and his mates are doing to secure their spot in the  ‘your new favourite band’ bracket on the radar;

“I think we pride ourselves on working really hard. We put in the hours with writing, practicing and gigging and it’s nice to hear people say that we’re improving with every show on a regular basis. That still happens now, and we’ve been a band for nearly three years.”

This admirable work ethic is evident in the form of the quality of the debut release, ‘Saint Waleric’. Released via Tiny Lights Recordings last year, ‘Saint Waleric’ is a ticking time bomb full of raw angst and misery (in the form of Smith’s vocals and lyrics), dipped in an ethereal and shoegazey cloud of intertwining guitars. Each of the five tracks differ entirely, but in a way in which the lyrical themes and emotive aspects remain intact, from the seven minute long opening track ‘Bleak Northern Beaches’, an ascending wall of noise which upon first listening feels like a kick in the throat (in the best way possible), to the dreamy sun-drenched gem that follows, ‘Safe, Safe, Safe’. I was eager to find out where the group picked up the inspiration for their heavyhearted and schizophrenic debut;

“The EP was about a place called Newbiggin by The Sea. It’s basically an old seaside town in Northumberland, but it just seems like such a sad place. They’ve got a really fucking horrible statue of a couple on display in the bay but even they’re looking away from the town and towards the sea. I thought that was a really poignant metaphor for Newbiggin. Also, I really like instrumental music and so the music provides me with some kind of emotion for lyrics to fit with as well. It seems more instinctive and connected that way.”

As their hectic year draws to a close, Archie and co. are taking a temporary break from live shows to focus on the completion of their forthcoming single, with the accompaniment of prestigious music producer Ed Buller (Suede, PULP) and David Burn (Detroit Social Club).

With plans for a follow-up EP in the pipeline, 2014 is expected to be another exciting one for Tissue Culture. Catch them while you can.