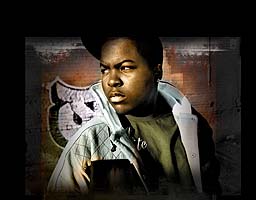 MySpace is in the mainstream and it helped many singers make it big. Sean Kingston had his debut single Beautiful Girls crack the Billboard charts in mid-June and is averaging more than a million plays each week on his MySpace site.

“Yeah, I’m searching on MySpace right now, I got about 150,000 (friends),” the 17-year-old says on the line from California. “Everybody that is on there is showing me some love. I mean, I don’t go through all of them but I still check it.”. “It’s been really fun, like I’ve been having real, real, real fun,” he says. “I couldn’t be more pleased. God has blessed me with a great record. I don’t take anything for granted.”.

He had some work to do and he was unrelenting in sending multiple e-mail messages to producer J.R. Rotem to get a foot in the door. “It’s always been my dream and I always wanted to do music and I always wanted to get there,” he says. “I didn’t know which way I was going to go about getting there. I knew I was going to do it by persistence. So I just kept bugging him and bugging him and bugging him.

Sean Kingston says when it came to his new album, he didn’t face any problems actually writing the tracks. “Nah, there wasn’t,” he says with a laugh. “Most of the songs I write I just have the instinct for it. Sometimes I get writer’s block but I don’t really feel like it would be hard to spend more time on a song that I’m so excited about finishing.”. Rap people are not found in the hood. They hang around in chat places. Keep it real. Nice to find out how fast can you type that.