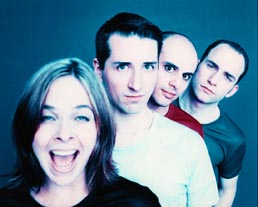 They’re Jawbox and they’re back! At least for a spark around Thanksgiving this year.

According to Billboard and Reuters, the massively influential DC indie/punk quartet Jawbox will be reuniting for a December 8 performance on “Late Night with Jimmy Fallon.” The performance is largely to promote the band’s (finally) reissued 1994 touchstone LP, “For Your Own Special Sweetheart.”

Fallon recently (and giddily, which made my respect for the guy shoot up) hosted equally influential emo torchbearers Sunny Day Real Estate, who were on to promote the reissue of their 90’s classics Diary, LP2, and How It Feels to Be Something On. No word on whether Jawbox is planning any shows outside of their Fallon appearance, but those of us DC punk fans who missed this boat are holding our breath.

Jawbox, along with Fugazi, Shudder to Think, and slightly later, the Dismemberment Plan, came to represent the finest in DC’s vibrant, underground rock scene that circled around Dischord Records and Desoto Records in the 90’s. Jawbox disbanded twelve years ago after releasing their fourth LP, and the members have gone onto various projects, including Burning Airlines, Channels, and in the case of bassist Kim Coletta, running Desoto Records. Singer/guitarist J. Robbins, whose son Cal has Spinal Muscular Atrophy, continues to raise awareness and money for research (learn more here), as well as produce high-quality music of both his own and some new bands. 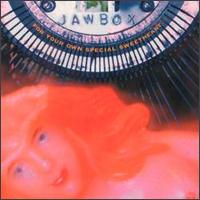 Jawbox became the first band on Dischord Records to sign with a major label, which prompted confusion from some, but once their Atlantic debut, For Your Own Special Sweetheart dropped, the frowns turned upside down. No disrespect to their outstanding Dischord LPs Grippe and Novelty, but “Sweetheart” came to be known as the band’s masterpiece, producing a couple of “hit” singles in “Savory” and “Cooling Card,” and showing through tracks like “Chicago Piano” and “Cruel Swing” that no funky time signature or odd orchestration couldn’t be rocked. Their influence has lasted well over a decade since their dissolution, and now they’re bringing “Sweetheart” back to the masses for the first time (save for a 2006 iTunes release), on Coletta’s own DeSoto Records. Jackpot Plus!