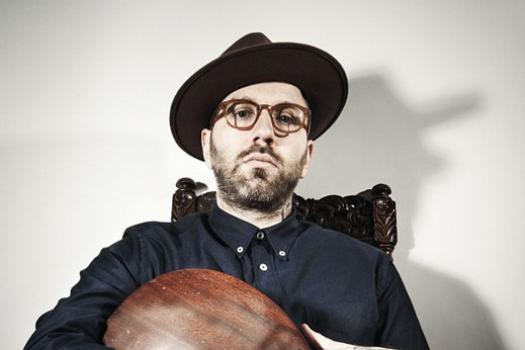 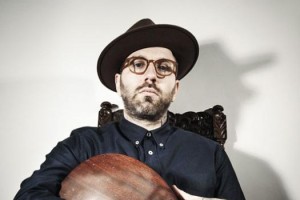 City and Colour may have emerged onto the music scene as a small side project from Ontario native, Dallas Green, but with three platinum albums and a history of performing alongside alt-rock heavyweights like Neil Young, it’s hard for this “hipstered-out” Clark Kent to stay out of the limelight.

Back in 2005, the former Alexisonfire vocalist released a solo LP entitled Sometimes. This was one of the first times Green had truly ever showcased his abilities as a soft spoken indie/folk artist with a melodic, almost hypnotic voice rather a vocal support system in a post-hardcore band. It was soon followed up by the 2008 release Bring Me Your Love. Both albums were well received in Canada as well as other parts of the world and earned him not only a Juno Award for Alternative Album of the year (Sometimes) but also Songwriter of the year (2009). He won a Juno in the same category shortly after, for the song “Fragile Bird,” his first single off of the 2011 record Little Hell, for which numerous critics applauded Green’s talents of storytelling, heart wrenching themes and overall relatable nature found within each experience of his songs. It’s the simple organic feel which makes City and Colour quite an alluring specimen.

So on March 11, fans were surprised with a brand new single and announcement of a highly anticipated follow up album. The Hurry and the Harm is its name and immursing us in the creative genius of Dallas Green is its game. “I don’t have a lot of faith in myself so it’s hard for me to have a lot of faith in something I’ve created,” says Green in a statement about the new record, due June 4th,”But I’ve never been happier or prouder about something that I have done.”

Although not officially released yet, listeners have been able to stream the album for free on iTunes this past week and have gotten a glimpse of The Hurry‘s inner clockwork. For one thing, fans of Little Hell can expect great things. With all tracks set to classic C&C subtle acoustic rhythms, each is laced with an innovative and refined fullness coming from not only the guitar and vocals, but the accompaniment of trance-like orchestral tones. These are partnered with organ and deeper percussion, giving songs a more soulful vibe than any of the previous albums.

“Thirst” is a track that displays this new fullness very well, seeing as how its mesmeric groove replicates a hint of The Black Keys. Other notable tracks are “Of Space and Time”,”Ladies and Gentlemen” and “The Golden State.” Bands like this are what’s helping Canada dominate the Alternative map. Click the Link to Listen to City and Colour’s single “Of Space and Time”

Young writer/music junky from Winnipeg, Manitoba (That's in Canada). I play, eat, breath, and dream music. It is an all consuming passion for me. If you like what you read let me know.

View all articles by Stephanie Starodub