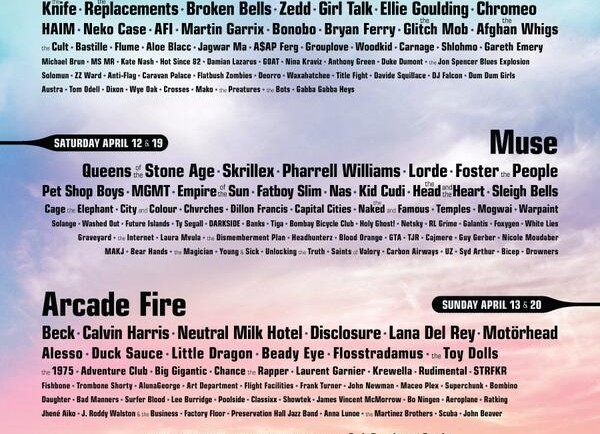 Outkast will headline this year’s Coachella, joined by Muse and Arcade Fire – things will be getting hot in California. 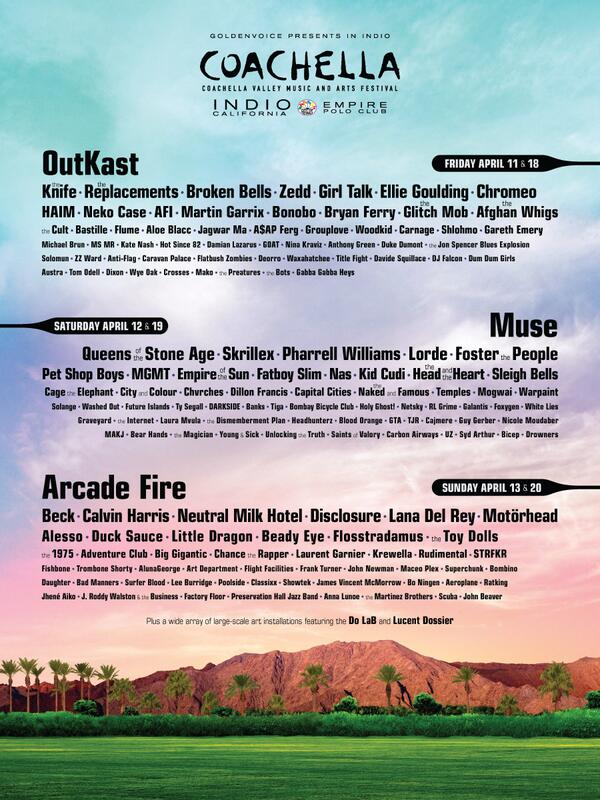 The festival will be held over two weekends, just like last year. Outkast will be making their big return after a 6 year hiatus, but they will be also joined by other fantastic artists, such as Motorhead, Lana del Rey, Queens of the Stone Age, Skrillex, Pharell, the Knife, and many, many others.

In November, rumors began that Andre 3000 and Big Boi were in talks for a 2014 tour. After their last album, which was released 7 years ago, both worked on successful, though pretty rare projects. I for one, am psyched to see they’re touring again. No news yet for some studio work, but one thing’s for sure – Coachella is going to be awesome.