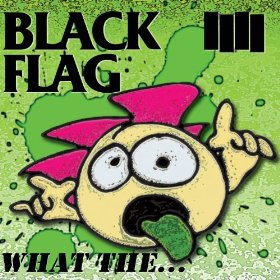 Source What a stupid album artwork

At first I was like: Wait, what??  But yes, that Black Flag band released a new album in 28 years and is also available for streaming. The album’s name is What The..., and it contains 22 tracks.

The band’s latest album was actually released in 1985 and you maybe remember it it was called In My Head ( I mean wow, I wasn’t even born) and also this album is their first recorded with vocalist Ron Reyes since their album together in 1980, Jealous Again.

The album artwork is actually really stupid and I understand that it wasn’t illustrated by Raymond Pettibon the former band’s bass player who actually used to design these kind of stuff for Black Flag. No wonder it looks like this.

The album’s tracklist is as it follows: