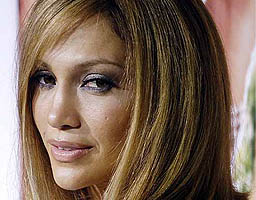 The singer/actress is due to give birth in the spring, according to In Touch Weekly. That would not be such a striking thing.However, a rep for the couple is refuting the story, telling the New York Daily News:

“Everyone calls about this every month with the hopes that they’ll hit the mark.” But In Touch does not go back and it remains faithful to the story.

It looks like Lopez and husband Marc Anthony found out after a visiting fertility specialist Dr Robert Katz. The couple have reportedly been trying to get pregnant for the past two years, and eventually turned to in vitro fertilization.

There might be a twist to the thing because she may have twins. “The way the fetus is lying made it difficult for the doctor to tell if there was more than one baby in there,” a source told In Touch. It is not known whether the baby news will impact the couple’s upcoming tour dates, which begin in early November. Hopefully there will not be any big issues.