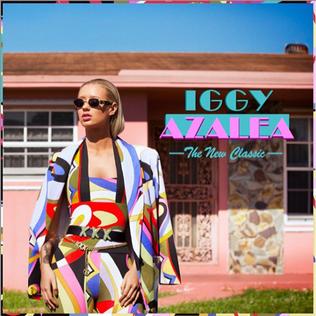 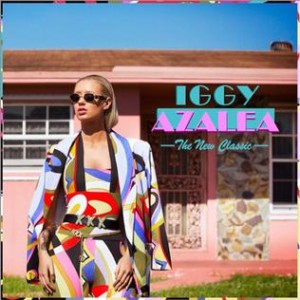 Iggy Azalea decided to reveal her album’s artwork as well as the full tracklist. The New Classic is set to be released on April 21 this year, and even if Iggy had previous released materials, this is actually her first full studio album.

It seems that  the release date of the album was the subject of a long time debate:

It was supposed to be October but obviously I’m going on tour with Beyoncé and they said I’m not allowed to put an album out while I’m on tour because I’ll be trapped in Australia and I won’t be able to do any TV appearances and I thought that’s fair enough, that’s three weeks and then they said ‘You can’t put an album out around Christmas time, that’s a bad time’ and I said ‘What about January?’ ‘Well nobody gets back off holidays and then it’s the Brit Awards, you can’t release an album, it’s terrible for marketing’, which brings me to February.

Also recently the artist released a new video for one of the the songs from this album, its name is Fancy and it features Charli XCX. You can check it out below.