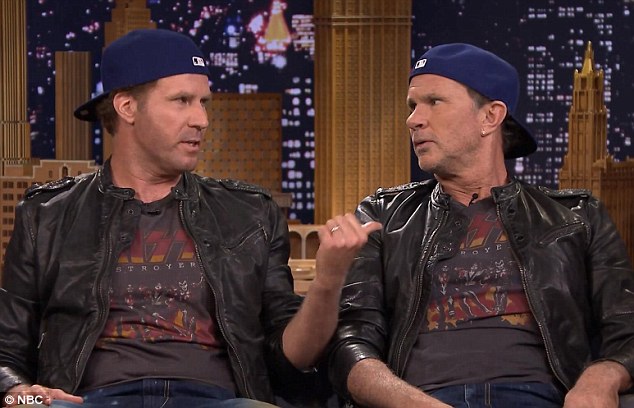 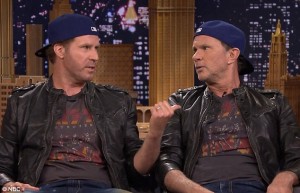 Will Ferrell and Chad Smith from RHCP Source

I think that the resemblance between Chad Smith from Red Hot Chili Peppers and the well known actor Will Ferrell is no longer a surprise for anyone.

It seems that in the past it happened very often for these to guys to be confused for one another, so they finally decided to run a big drum battle at the Tonight Show with Jimmy Fallon in order to settle things once and for all.
This event is not really that unexpected, actually during an AMA on reddit in February last year, Will Ferrell said that:

For this thing, Chad actually responded with:

Stop impersonating me. In fact, I need you … drum battle. Me and you. I’ve seen your skills; you don’t got ’em. Let’s go. Golden cowbell. Winner. Boom!

What I love about this funny event is that the real purpose of this show was to raise money for the charities Cancer for College and Little Kids Rock.

In the show, these two guys really rock the scene, I have to say also that I am really amazed by Will’s drum skills (unexpected).
Enjoy below the actual drum battle!

Also, below is the whole talk about the big rivalry between the two artists!