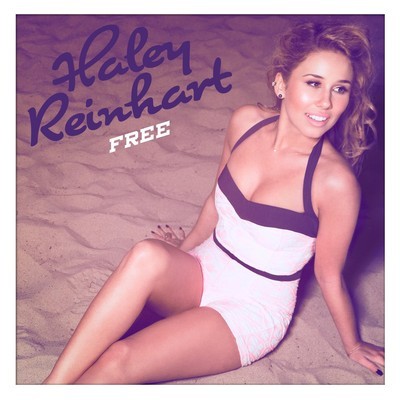 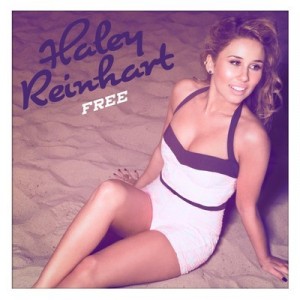 This is probably one of the most outlandish things I’ll say for a very long time: I like an American Idol alum, plain and simple. In fact, I just may like her a lot. For those who didn’t tune in to the tenth season of the show, which features perennially unoriginal talent (but talent nonetheless), Haley Reinhart, a Chicago native with an edge, finished third to charming country teens Lauren Alaina and Scotty McCreery.

On Idol, Ms. Reinhart left judges and viewers alike in awe with amazing performances week after week. From Elton John’s “Bennie and the Jets” to Lady Gaga’s “You and I” to the traditional tune made famous by the Animals, “House of the Rising Sun”, it became clear that Haley could manipulate her jazzy rasp and signature growl to compliment any tune. It only makes sense that her new single, “Free”, would follow suit.

Starting with a very waltzy piano intro, it is clear that the song is a bit quirky in the most positive sense of the word: different and original. Not only does Haley bring in multiple genres to tickle our ears, but she also captures the essence of many notable artists of the fairly recent past. A delightful cross between Amy Winehouse’s raw emotion and Adele’s romantic aura with a sprinkle of Duffy and Esperanza Spalding, Haley may be influenced by these lovely ladies but still undoubtedly has a sound all her own. In the surprisingly mature chorus (remember folks, Ms. Reinhart is just twenty-one years old) she tells of love that simply can’t go on for both people to be happy by professing “This tug of war, can’t go on anymore. Nobody wins from this misery, free! Well can’t you see, I wanna be, I want you to be, free.”

Even though Haley is signed to pop powerhouse Interscope Records, it is very reassuring that they did not refine her voice or sound to the point of losing her character like some, including myself, speculated could have happened. With her debut album Listen Up hitting stores on May 22nd, Haley hit the ball out of the park with her first single. If the somewhat oxymoronic modern/retro vibe is present on each track with a magical blend of pop, jazz, blues, and even funk driving each song, this album will be nothing short of spectacular. For a twenty-one year old born in the 1990s it seems as if she is going back in time with her sound. She even told The Hollywood Reporter that she was born in the wrong decade while also adding “There has to be a reason for me to be here now — to bring it back, slip through the cracks and get people to listen.” With the calibur of this debut single it should only be a matter of time until people begin to listen.

Get “Free” on iTunes here!