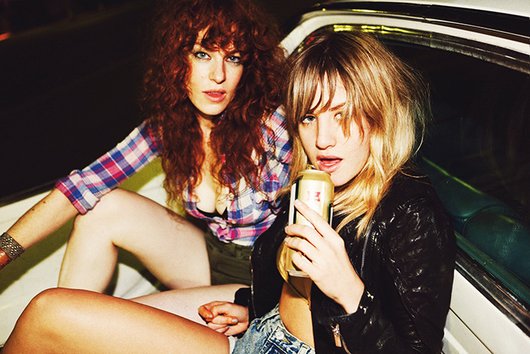 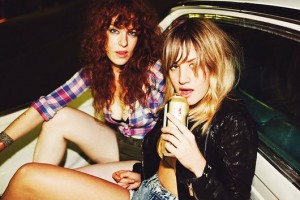 Deap Vally is a rock and roll, alternative, garage rock band formed by Lindsey Troy and Julie Edwards in 2011. Yeah, this chicks really know how to rock with only two instruments ( guitar and drums) and their trashy appearance makes me wanna compare them with Courtney Love, or some really hot groupies from the late 70’s-early 80’s, with only one completion: they really know how to sing.

What I find really funny about them, is how they met – I was expecting a story about two chicks in a bar where one was singing something acoustic and nobody was listening to her and appeared this chick and bla bla, you can imagine the rest of the story, but it was nothing like that, they actually met at a needlework class, they talked about how they both love blues music and the rest is history.

“End of the World” is Deap Vally’s new single which will be out on November 19, not far from their debut single release, in July this year, “Gonna Make My Own Money“. And because they are so cool, in December they will support Muse on their European tour.