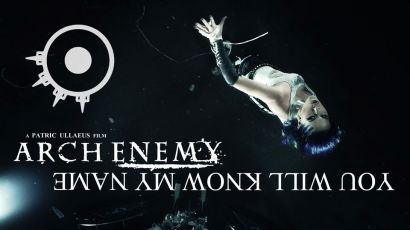 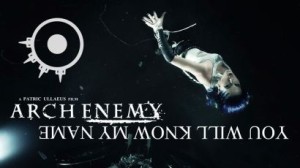 Arch Enemy – You Will Know My Name Source

The well known melodic death metal band, Arch Enemy decided to release a new video for one of the songs from their upcoming album, War Eternal, which is set to be released on June 9 in Europe, and June 10 in US via Century Media.

This single is the third one to be released with the band’s newest singer Alissa White-Gluz, which was The Agonist‘s frontwoman for about ten years. In March this year, the former Arch Enemy singer, Angela Gossow announced the fact that she retires from the music industry and that she passes the torch to the talented, also melodic death metal singer, Alissa White-Gluz:

I am staying true to my heavy metal roots, just leaving the spotlight, so to speak. I am passing the torch to the super talented Alissa White-Gluz, whom I’ve known as a dear friend and a superb vocalist for many years. I always thought she deserved a chance to shine – and now she’s getting it. Just like I got that chance back in 2001.

Also the band started their European tour on May 23 with a great concert in Bucharest, Romania. For more details about tickets and tour dates check out the band’s official website.

You Will Know My Name is not as explosive as War Eternal and it’s also a little bit more melodic than their recently released single, As The Pages Burn(you can check out the lyrics video for As The Pages Burn at the bottom of the page), but it’s still a great Arch Enemy song and I can’t wait to listen to the entire album.
Enjoy the video for You Will Know My Name below!

Below is the lyric video for As The Pages Burn!