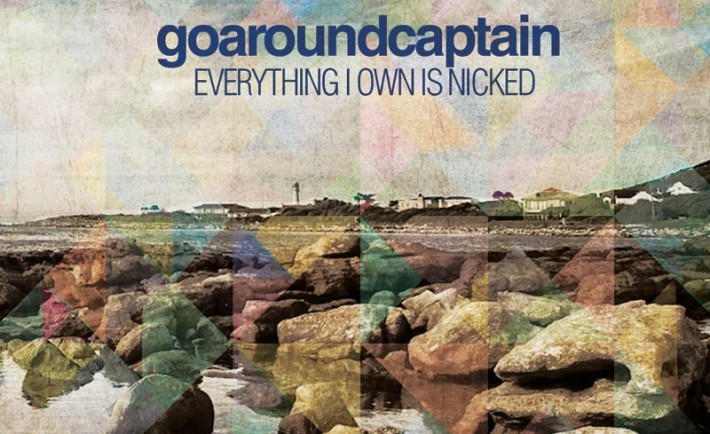 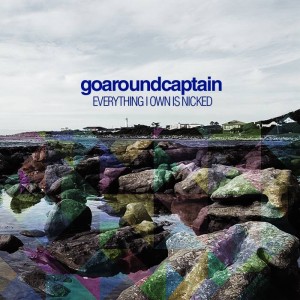 ‘Everything I Own Is Nicked’ is the debut EP from Preston based band Go Around Captain. Since September 2013, Go Around Captain have gained a reputation and local respect in the north west of England for their explosive, energetic live shows. The band already has an impressive repertoire of bands they have played alongside including ‘This Town Needs Guns’ and ‘Victor Villarreal’ (formally of Cap’n Jazz.)

The guitars on this release bring forth a juxtaposition of timbres. The combination of twinkly, fluid guitar riffs to full, raunchy guitar chords in choruses. There are a few instances on this release, including the introduction to songs ‘Float Down The Wyre’ and ‘Prise Ballz’, where the band uses fun, upbeat guitar licks that  bounce back and forward. Then there are the blissfully crunchy guitar chords in the choruses. There are a few hard hitting ‘post-rock’ instrumental sections where the band really come into their own. The whaling guitar sections at the end of ‘High Speed Traveler’ captures Go Around Captain at their best. The guitars, bass, and drums all come together to create an ‘orchestral’ sounding performance.

Throughout this debut EP, the vocal melodies and choruses are both catchy and memorable; the charming lyrics and expressive performances help bring another dimension to the overall sound of these songs. The different melodies from the guitars and vocal lines don’t clash, but merely compliment each other and work together to create those tight,well thought out textures. There’s a fine progression through this EP, resulting in the last song ‘High Speed Traveller.’ This song starts as a soft sincere ensemble and steadily progresses into a climatic, awe-inspiring end to this fine collection of songs.

The recordings on this release manage to capture the energetic and animated performance that Go Around Captain put into their live shows. The best parts of math rock and post rock, with sharp melody lines and captivating lyrics.

A strong debut release, and I’m looking forward to seeing what these guys bring to the table in the future.

Everything I Own Is Nicked