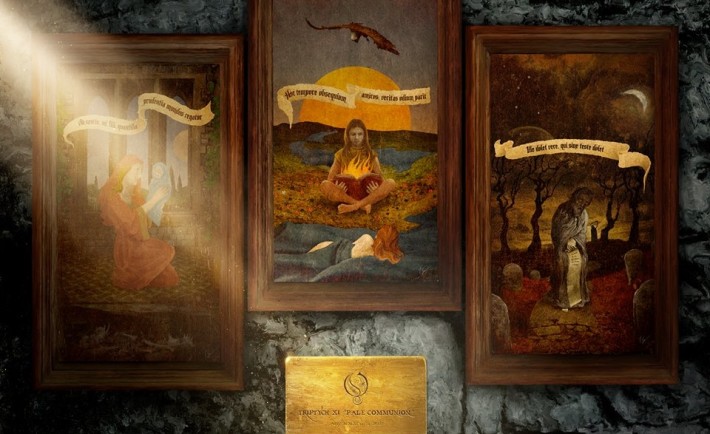 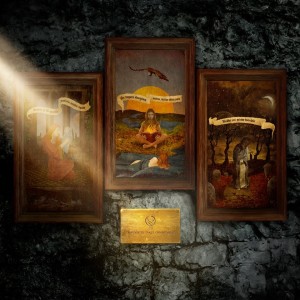 The Swedish progressive metal band, Opeth, just released their newest single, Cusp Of Eternity, which is also one of the tracks from their upcoming album, Pale Communion. The album is set to be released on August 26 via Roadrunner Records and it contains eight tracks. Find more about it here.

It seems that this album is going to be more melodic than the band’s  album released in 2011, Heritage. Also speaking about Pale Communion, the band’s frontman, Mikael Åkerfeldt, said that:

I wanted to do something more melodic with this album, so there’s stronger vocal melodies and more melodies overall for this album. I was pretty consistent with that frame of mind throughout the writing process.

The album artwork was created by Travis Smith, which also designed many Opeth covers in the past and it also contains some Latin inscriptions. Actually each panel has a different inscription: the first one is An nesci, mi fili, quantilla prudentia mundus regatur?(Don’t you know, my son, with how little wisdom the world is governed?), the middle one is Hoc tempore obsequium amicos, veritas odium parit (In these days friends are won through flattery, the truth gives birth to hate) and the last one is Ille dolet vere qui sine teste dolet, Epigrammata (He grieves truly who grieves without a witness).
Enjoy the song below!