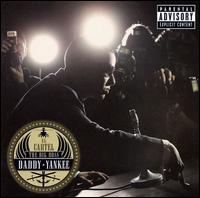 It sure took [tag]Daddy Yankee[/tag] a long time to follow up Barrio Fino (2004), the most successful and influential reggaeton album to date but the wait was not in vain. The album takes his style even closer to the edge, making it a leap forward for the artist.

He has some duets with singers like [tag]Fergie[/tag] and [tag]Akon[/tag] and as he is influenced by pop-rap household names he does not move away from the hybrid Latin style which has made him famous. The lyrics are typical Latino-specific and are as conducive to body language as they are to Spanish, speaking to club-bangers from every corner in the world.

A downside from the first album is that the sound is more mainstream; that is probably caused by the mainstream-crossover collaborations (Fergie, Akon, will.i.am, [tag]Nicole Scherzinger[/tag], Scott Storch) and some of his old fans may dislike that. That doesn’t mean that he forgot where he came from.

Tracks that are likely to become hits are spread across the album and mostly but not only the nine-track stretch that extends from “Fuera de Control” (the only Luny Tunes production here, surprisingly) to “Papi Lover” is a nonstop delight, though the three-song stretch near the end of the album including “Corazón Divina,” “Plane to PR,” and “Me Quedaria” also stands tall and closes the album on a satisfying note. Not a must have, but a nice touch at every party.