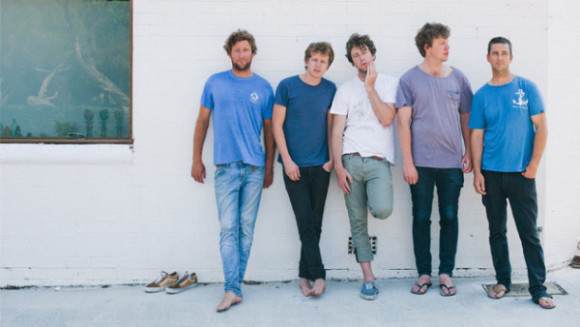 Who today listens to just domestic music? With Australia cranking out catchy indie rock tunes and the U.K. turning out its usual steady stream of musical exports, exotic music is on the rise. However, with such easy access to foreign and domestic music, it is sometimes difficult to sift through all of the bands and new tracks. This calls for a musical Sacagawea. Here are some new songs that will hopefully ease your way through the unfamiliar music territory.

Australia is just booming with amazing indie tracks this year. Loon Lake’s “On Fire” is no exception. After releasing their EP Not Just Friends back in 2011 and a second EP titled Thirty-Three in 2012, the Aussies are back with “On Fire”. The raw garage sound coupled with the emotional vocals are refreshing and seem to be getting back to the roots of rock ’n’ roll.

If you like Sleigh Bells, you will like this track. Lorde is the stage name of Ella Yelenich- O’Connor, a girl in her late teens from New Zealand. Her EP titled The Love Club is not as intense as Sleigh Bells, but is more haunting. Think of The xx on steroids.

Being from Texas myself, I love when an exciting band from my home state comes on the scene. This indie power-pop band from San Antonio was thrust on the music scene in 2010 when they went on tour in the U.K. In January of 2013, they released a music video for “When I Get Older”, a simple yet catchy tune. The charm of this band stems from the lead singer Lincoln Kreifels’s easy-going vocals, making the band instantly likeable. Be sure to check out their EP titled All Nighter set to release on May 21.

The members of Coastal Cities met while in detention. Talk about rock-n’-roll. These five English teenagers are capable of turning out impeccable tunes with addicting jangle pop and post-punk sounds. If you like Two Door Cinema Club or The Wombats, be sure to give these young British blokes a chance.

This is the perfect track for music listeners who are into dance or electro-pop. Both Kitler and Sam La More (a.k.a. Sam Littlemore) are Australian music producers. The lyrics are easy to sing along to and the beats are enticing. Put this on your party or workout playlist as the track is true to its name.

Summertime arrived early with this Parisian DJ’s dance tune. Though “Hey Now” is not as good as Solveig’s track “Hello” from a few years ago, this song has all the necessary components for a popular dance track. Paired with a hip-hop and indie-pop duo from California called the Cataracs, this peppy dance-pop tune will make you yearn for summer.