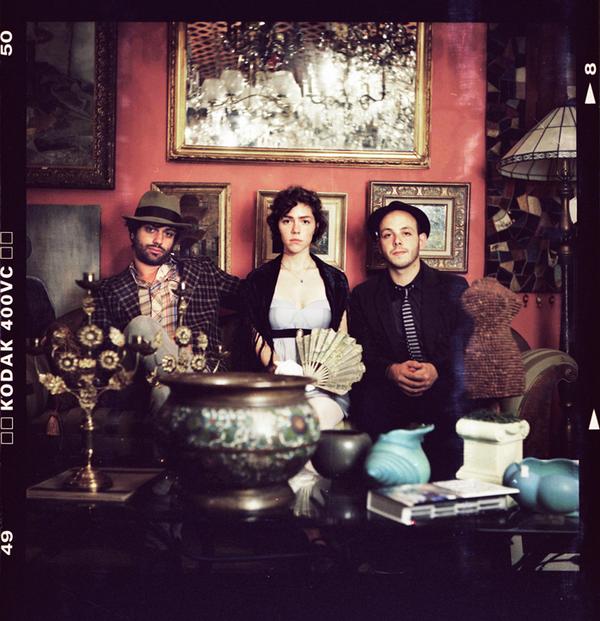 As an early Christmas present I figured I would give you the best gift of all- the gift of music.

Genevieve Schatz (vocals), Marc Walloch (guitars), and Mike Ortiz (drums) are COMPANY OF THIEVES. Natives of  Chicago, Company of Thieves already have a large following in the Windy City and the rest of the midwest…not to mention their sold out shows in Chicago.

Genevieve and guitarist Marc met at Chicago’s Union Station and thus creating Company of Thieves. Surprising enough they had only been a band for 2 months prior to writing and recording their debut album “Ordinary Riches.”

“Ordinary Riches” has received rave reviews! Billboard dubbed them “one of the best unsigned acts out there” before their signing with Wind-Up Records. They also won the New York Songwriter’s Circle contest in 2007 for “Oscar Wilde.”  This past October they also returned to NY for CMJ’s Music Marathon.

Their future looks very bright with their recent signing to Wind-Up Records. Ordinary Riches will be re-released digitally 1/6/09 on Itunes and physically released early in ’09.

Wind-Up Records is, “currently the largest independently owned and operated label in the U.S.” This label will be a great launch for them like most record deals. Company of Thieves noted that, “we feel at home knowing that we are the only band in our genre on the label, requiring a special attention that every band should desire.” They are one of the many “developing artists” on Wind-Up Records.

Company of Thieves is far from a “chick singer with a guitarist and drummer.” Yes, Genevieve is a clear standout lyrically and visually but the energy is omitted from the band as a whole. Just, see them live and you will understand. I personally cannot get their music out of my head. Luckily, that is a good thing. Their music is organic, soothing and vibrant. They will soothe your soul while keeping your interest. They are very catchy without sacrificing credibility. Yes, there are many “new” and “up-and coming” bands out there…but, Company of Thieves are top notch.

I personally can’t wait to see what’s in store for them. Check out the videos below. Buy their music.

“Live like it’s the style,” as Company of Thieves would say…