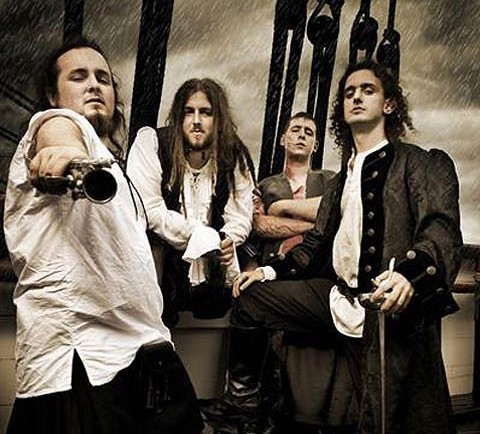 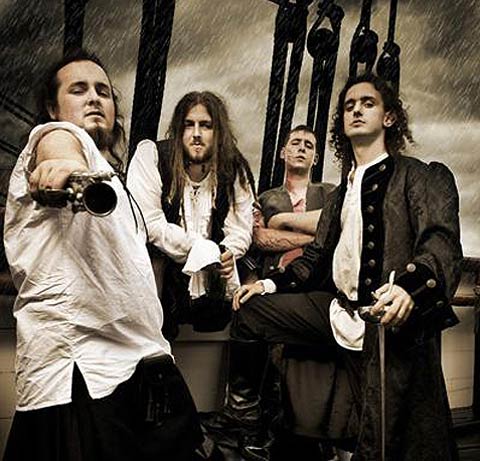 Metal can something be sooo ridiculous versatile. A few days ago I came across this band called Alestorm, a true Norwegian Black Metal Scottish Pirate Metal band, that’s simply hilarious in everything from lyrics, to music, to props. Not that I’m saying they’re a bunch of clowns or lame, oh, on the contrary, Alestorm is pure awesome! You only need to check out the video bellow for one of their songs, called “Keelhauled”, where band’s folk metal meets boats and grog persona shines.