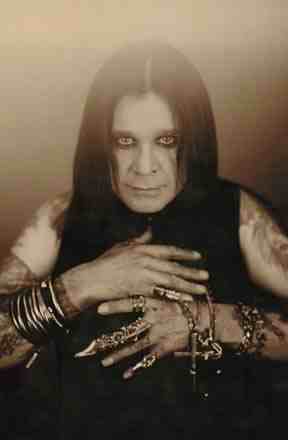 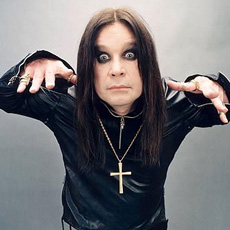 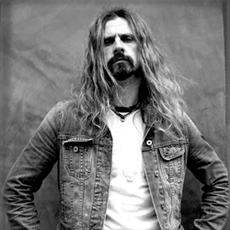 [tag]Ozzy Osbourne[/tag] is a veritable heavy metal titan that has been making music for forty years and he is the undisputel prince of darkness. That is what some think. Others think that he is just a man reduced to a pop culture punchline by years of overindulging and the embarrassing spectre of that MTV reality show.

The White Zombie frontman Rob Zombie is giving him a run for his money in the creepy weirdo department; let us think in the halloween spirit who is the true bad guy here. Osbourne was born into poverty in Birmingham, England, where he suffered from dyslexia and other learning disabilities as a kid. He sheltered himself in music. Zombie, meanwhile, was an American college student with a longtime interest in horror and exploitation movies. Ozzy is the true thing; Zombie is the devoted student. Zombie is 1down. Osbourne was dogged by charges he was a bad influence on kids. At first, critics simply accused him of glorifying Satanism, but he’s also been sued twice by the parents of teen boys whose suicides were apparently inspired by his albums (both cases were tossed out in court). Zombie’s career is controversy-free.

The Ozzy and bad scene is known in the world. But Zombie’s movies — particularly the ’70s throwbacks House of 1,000 Corpses and The Devil’s Rejects — are an endurance test for even the most hardened horror fans. He wins and he is just 1down again. In 2002, Zombie married longtime girlfriend Sheri Moon.

Osbourne, as anyone with a TV knows, has been married to professional ballbuster Sharon ever since she took over as his manager. She is probably the brains behind him. And she is scarier than anything on this list. Ozzy wins by a mile.