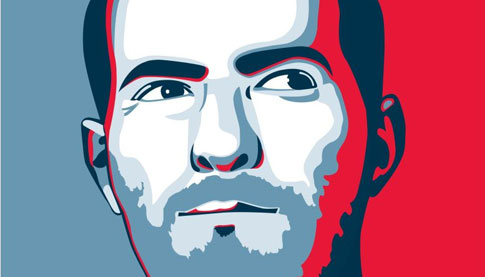 A thousand thank yous to Max Tundra for posting a marvelous set list yesterday on his SoundCloud account, where he listed 26 of his best remixes up for free streaming and download. Really, you’ll be able to find some incredibly well made reworks of various hits by the likes of The Strokes, Lily Allen, The Futureheads, The Strokes, Mogwai or Final Fantasy. Check it out below. [via nialler9]

I like to do remixes. It’s a great way to practise using my musical instruments and, furthermore, it pays the bills between albums/gigs.

A musician will send me the constituent parts of one of their songs. Usually I will use just the vocal acapella and construct the underlying audio entirely from scratch. Very rarely do I use any other elements of the original recording (with the exception of “Fledermaus Can’t Get It” and “Alone, Together”, both “cut-up”-type rejigs where the parts were unavailable). If the original track is an instrumental, my remix often ends up being more of a cover version, as I will entirely reprogram/rerecord everything myself (e.g. “Enough About Human Rights”).

I prefer to work with songs I dislike, as it’s more of a challenge to turn them into something special. One particular track was so phenomenally godawful that I actually sampled the noise of me snapping the original CDr, and used it in my version. (Ben Jacobs aka Max Tundra)