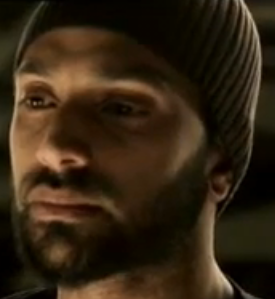 Massive Attack‘s new video for “Saturday Come Slow” featuring Damon Albarn premiered last week on Feeder, but I wasn’t until recently that I found the time to post it. It’s actually more of a moving short-film documentary, telling the story of former Guantanamo Bay detainee Ruhal Ahmed and his experience with torture through music – such a despicable way of instrumenting pain. [via feeder]

This short film by renowned photographers Adam Broomberg and Oliver Chanarin featuring Ruhal Ahmed, is a meditation on the former detainee’s experience in Guantanemo Bay. For a period of two and a half years he was repeatedly questioned by military staff at the Cuban base, where his interrogators would often play loud music to him repeatedly at high volume, as a form of torture. The film also explores the use of sound on the human body, for both pleasure and pain. It’s a poignant, powerful, timely and emotive piece of work.