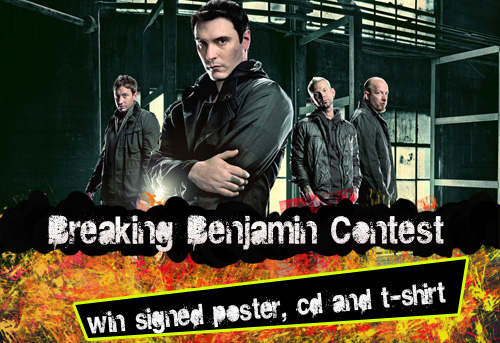 This week’s giveaway consists of a signed Breaking Benjamin poster, a CD of the band’s latest album “Dear Agony,” which came out this week on Hollywood Records, as well as an official band T-shirt. The bundle pack will go to one ZME reader, chosen at random from the comment section (via random.org). So, all you have to do to enter the contest is leave a comment bellow naming your favorite BB song. Good luck!

Note: The contest is available only to US residents. If you’d like to be notified of future ZME giveaways, please subscribe to the blog. Contest ends next Friday, the 9th of October.

Breaking Benjaming – ‘I Will Not Bow’

UPDATE: the contest is now over. Winner: EVAN.