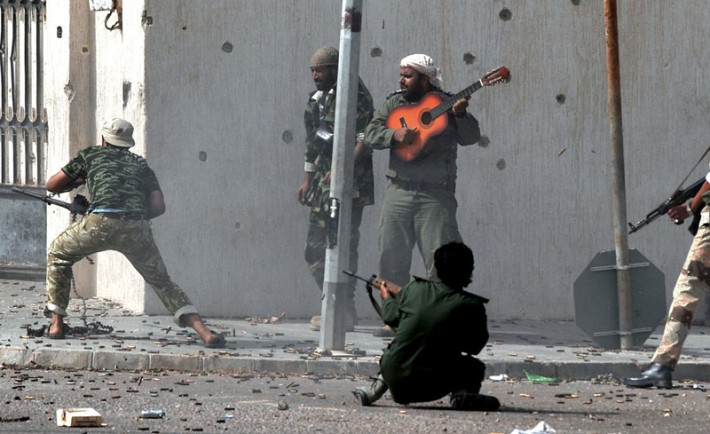 I believe in the power of music. Not in its power to entertain and distract us, but in its power to unite, inspire, and motivate us! I love to see music played for its true purpose, I love when it gets rough around the edges, and I love empowering music – not the commercial things that seem to dominate today’s mainstream. If music has ever inspired you or somebody you know to do or feel something fantastic, hit us up with a message and we’ll share it with the world. If not, enjoy these magnificent moments – hopefully, they can make a difference. 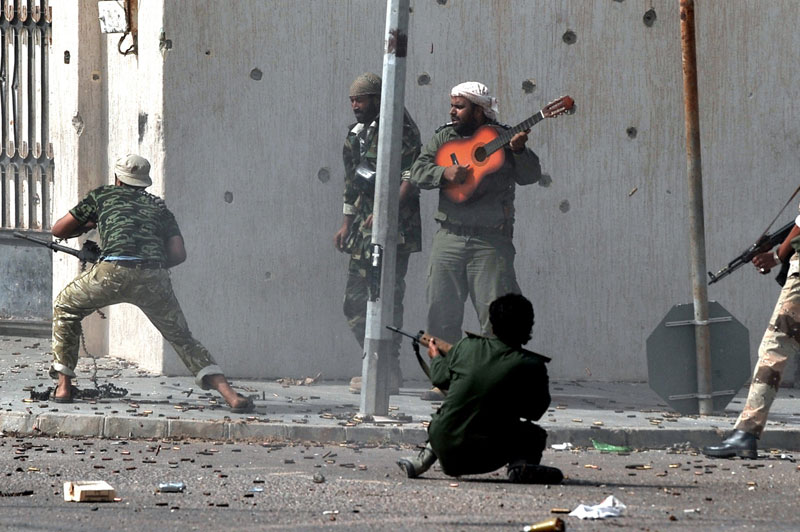 Taken on October 10, 2011 during the Libyan Civil War/Revolution, the photograph above was taken by Aris Messinis, a photoreported for AFP. He has taken many remarkable photographs, but the one above definitely takes the sweet spot. Its intensity is hard to describe in words, but basically, a man is singing in the street during a real, lethal, gunfight in Sirte. Messinis recalls:

“I realised by looking at him through my camera that he was trying to encourage the other fighters. It was impossible to hear his music because the distance between me and him was some 50 metres and the ‘Boom! Boom!’ was too loud. But, the whole time that I was in that place I didn’t saw (sic) him participating in the battle except his encouraging music.” [Source] 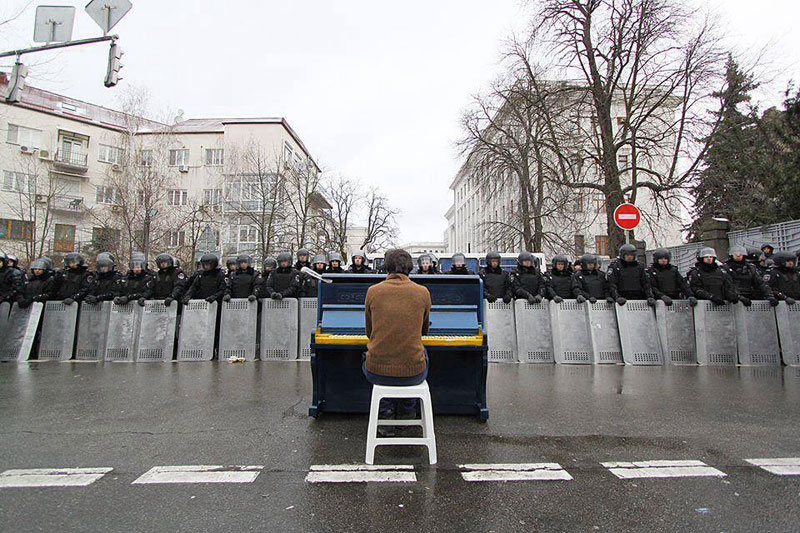 If you thought civic uprisings in the 21st century are restricted to Asia and Africa, boy are you in for a surprise! As I’m writing this, the situation in Ukraine’s capital, Kiev, is extremely volatile – with people literally surrounding and blocking the government. In the early stages of the uprising, this photograph by Andrew Meakovski captured Markiyan Matsekh playing a piano in front of riot police in charge of guarding the Presidential Administration. One of the protest organizers says Matsekh played a variety of songs including Chopin and Queen’s ‘We are the Champions’. 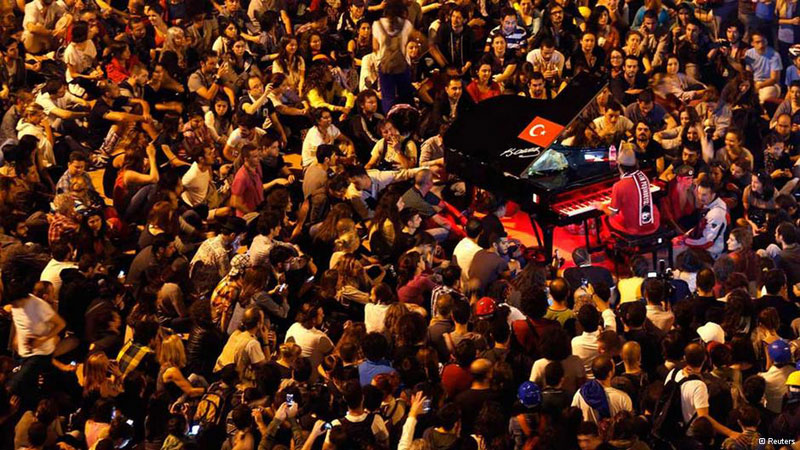 Turkey is another volatile country, and while the protests have calmed since the summer of 2013, the situation doesn’t look any brighter. Davide Martello was in Sohphia, Bulgaria on a ‘world busking tour’ when images of protests and violence in Turkey streamed across television screens around the world. As soon as he got hold of that news, he was on is way for Taksim square in Istanbul, playing 3 straight nights, amidst all the violence and crazyness that was going on. In an interview with DW.de, Martellow recalls:

“It was like a party and everyone was happy, so it was a pleasure for me to share the feelings with the people. I didn’t think about [what effect my music could have on the situation] but after the second day or third day I started to think, okay, music can change politics. Something that stops violence – something like art, music – I’ve never seen that before. The policemen took off their [helmets] and were sitting down and talking to the people. It was very peaceful. 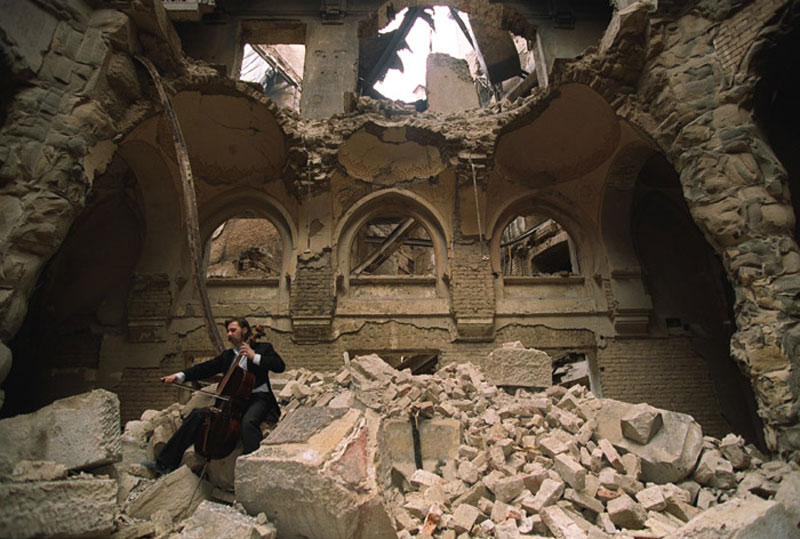 I remember seeing this picture as a child, and it always gives shivers down my spine. Taken by Mikhail Evstafiev, this picture shows musician Vedran Smailović, known as the Cellist of Sarajevo. The photo was taken in 1992 during the Siege of Sarajevo/Bosnian War.

Smailović often played, for free, at different funerals during the siege – despite the fact that funerals were targeted by the Serb forces. Here, we see him playing at the National Library. On 25 August 1992, Serbian shelling caused the destruction of the library; among the losses were about 700 manuscripts and inestimable cultural collections. The library held a total of 1.5 million volumes and over 155,000 rare books and manuscripts. Smailović was playing at its funeral.

The siege of Sarajevo lasted an incredible 4 years, from 5 April 1992 to 29 February 1996 during the Bosnian War – three times longer than the Siege of Stalingrad.

If you liked this article and would like to see others like it, do use the contact form and tell us – we’d be happy to oblige.