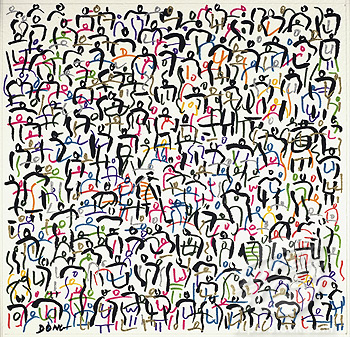 The smoke is still seems to be clearing from the explosion set off on the internet by David Lowery and Emily White during the middle of June. Lowery, a professor at the University of Georgia and member of the groups Camper Van Beethoven and Cracker put up a lengthy, yet meticulously constructed article on a blog called The Trichordist. This article was a rebuttal towards White, an intern for NPR Music’s “All Songs Considered” who bravely admitted in a blog to have only purchased fifteen recordings her entire life, despite the 11,000 songs that reside in her iTunes.

It looks like Mr. Lowery and Ms. White have gone through enough scrutiny as it is since the genesis of this fiasco, and I have no interest in making another bloated commentary about who is right and who is wrong between these two. Neither are evil. Mr. Lowery has endured some unnecessary shots thrown at him this past month by animosity-ridden commenters who made it pretty clear they didn’t even read his article, yet carried on with visceral, rude remarks and the same “maybe you were cool in the 90s” ad hominem.

Despite what both parties said, music industry professionals of all divisions should be thanking them – few have been successful in provoking this kind of attention toward the turbulent industry. Alright, so that is out of the way.

I said in my last article that it was a pain to be a jazz musician, but that struggle could easily be universalized. Much like any field of study, musicians find that it is the only thing that matters to them, and will do anything to get into the industry. I get it. I really do. I was in that mindset once too.

Things change quickly, and like one writer recently said about this whole thing, if you’re finding that it is hard to stay in the industry, then just get out while you can. You’re not a failure. No one will think less of you. If you get in, great! If not, well then, welcome to the majority.

This whole thing has got me thinking though. After this past week, I have realized that the artist and the audience must be one of the most dysfunctional relationships anyone could possibly imagine. Forget about reality TV.

The artists love the fans. They can’t thank them enough through the microphone song after song. “We love you guys.” The audience reciprocates their love. No matter how much fiscal influence artists have in the industry, fans are really fans. The fan drives hours to catch one show, sometimes at a not-so-great venue. They pay to get in and pay more for expensive adjunct beer. “I love these guys.” 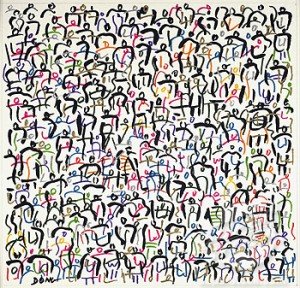 Yet clearly, one side is killing the other. There is that percentage of listeners that will make the purchases of the music, perhaps reluctantly. But as Ms. White has made it clear, if my friend has the CD that I can just rip, why would I buy it? But wait, that same friend just offered to let me take all 60 gigs of music that he has on his external hard drive? Brilliant! And no one is going to come after me for this? I’m blushing.

I’m not making any new discoveries here. This is nothing that hasn’t been looked at already. If the audience can get the music for free with minimal repercussions, well then of course they are going to take it. There isn’t exactly a consumer-based honors system going on that we have all enthusiastically agreed to abide by.

We still pay for systems like cable internet bundles in our home with little question. But when it comes to listening to music, websites with ties to giants like Facebook and others have let us get it in the easiest of ways. It’s not even what we have now either – remember how amazing it was when computers started getting equipped with CD burners? Blank CDs? What? Those?

So maybe it is the love for the craft in itself that serves as the impetus for the problem in this relationship. Artists start out really enjoying the creativity they get to exercise. If it all gets them somewhere, excellent. They must have found their true calling. Once they have gotten to a point of recognition – sans promotion – it all begins to change. The artist is only the artist, and that’s all anyone needs to know.

After all, the artist provides the soundtrack to the new community and culture – the essence of entertainment. Everyone gets that ol’ feeling of belonging to something from the artist that few other sources could give. It is here that the price tag for all of this gets ripped apart, or maybe they just don’t want to acknowledge that their fandom could be the primary source of income.

“You make music because that’s what you love to do, right? Plus, I thought you said you loved us after that last song. Who cares about the money?”

We’ve all exhausted the discussions on Spotify, Grooveshark and all of those unstoppable machines. But hey, besides the couple thousand people who furiously commented on Lowery and White’s article – a small amount – does anyone really care? Probably not. (Yes, I know just because you didn’t make a comment on a website, it doesn’t mean you don’t care. Save it.)

Spotify is there. Users won’t go to jail for it, at least I don’t think so. It’s the best thing ever, isn’t it? The worst that will happen is you won’t have access to it anymore once it is illegal. Eh whatever. On to the next creation. The cycle repeats. We take what the machine gives to us.

I have to thank Ms. White for at least making it clear that she, and many others like her are not malignantly and intentionally decimating the industry. It is not like they are wearing masks and performing a massive sonic heist. It just may be that the audience doesn’t want any barriers towards getting to the artist, not towards the one they seek to see and hear as much as possible – not in this relationship. Even without P2P networks, there is no problem.

Besides, “aren’t they happy enough that I came to their show last night? Plus I got a bunch of my friends into their stuff. The payoff should come eventually to them if they really care that much.” The artist is scared straight, because the moment they make it clear that their audience is just the channel toward the paycheck, then “you’re clearly not in it for the music, you suit.” Good luck getting out of that one.