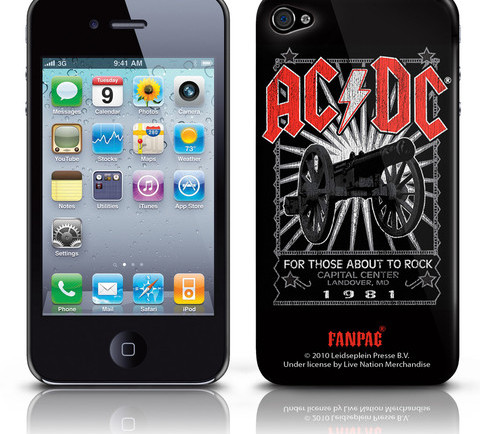 What a ROCK BAND - What a FANPAC Cover

Fanpac offer some icons of rock covers specifically for your iPhone. Show you’re a rock fan with these stylish in-your-face covers. Here are three quality rock IPone covers that are sure to get you noticed. 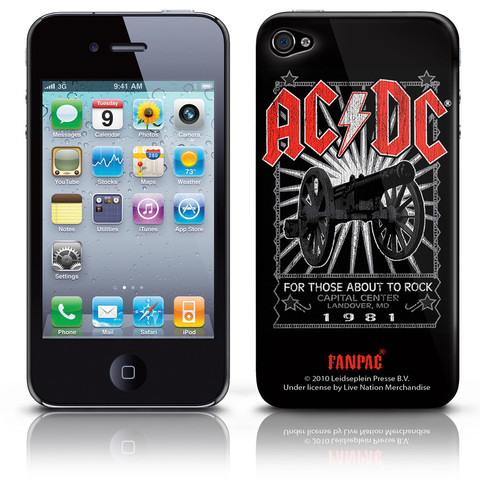 What a ROCK BAND – What a FANPAC Cover

AC/DC is one of the world’s greatest and most loved rock bands. With many hit albums, such as the amazing “Back in Black,” AC-DC has built and maintained a following that is unsurpassed by any other rock band. FANPAC have offered an AC/DC that commemorates the band’s 1981 tour, a time they were rocking at the peak of the careers. The AC/DC IPhone cover from FANPAC features officially licensed artwork, with the image of a Civil War-era cannon, the phrase “For Those About To Rock” printed underneath. The case uses a black, white and red colour scheme. The case has been designed to fit snugly on your iPhone 4, making sure all the ports are available with out having to remove it. It also offers optimum protection against drops, bumps and weather elements, so any rock festivals won’t be a problem if you’re in the pit, rocking hard. 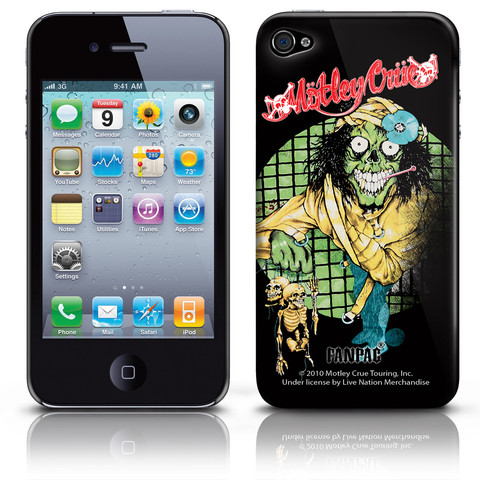 This Motley Crue cover displays their amazing Dr. Feelgood artwork. Motley Crue were the epitome of rock during the 80’s, well known for their drunken bouts of destruction and bedding hundreds of girls. Their involvement with drugs and brushes with the law constantly saw them in the headlines. Described as the world’s most notorious rock band, they managed to sell over 80 million copies of their albums. 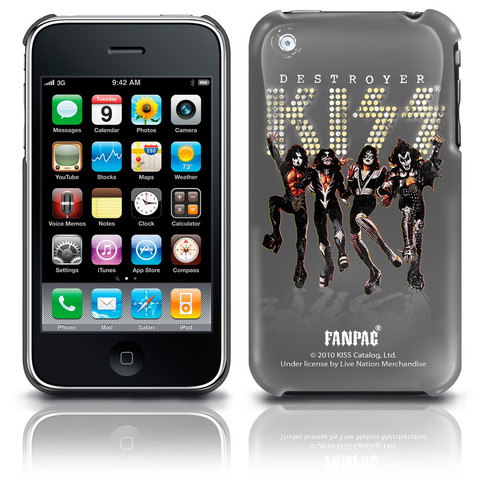 Everyone knows KISS from the members’ black and white face makeup, particularly their bassist, Gene Simmons and his extraordinary long tongue. They were THE rock band of the 70’s, but also saw fame throughout the 80’s. Their fourth album “Destroyer” is considered one of the band’s best works, and this is the artwork Fanpac have chosen for the cover.