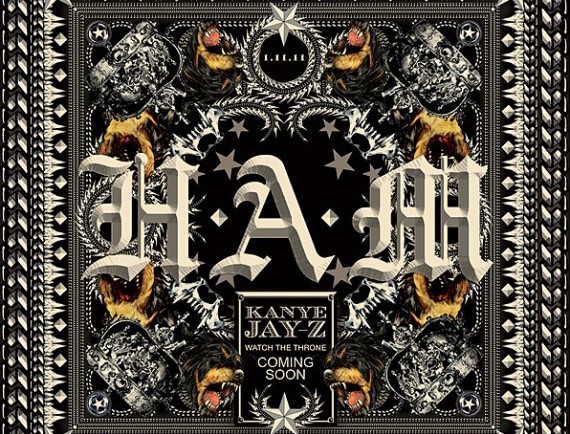 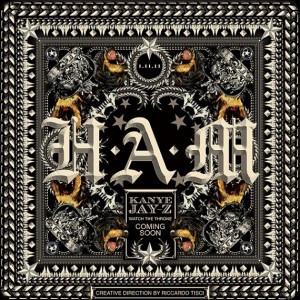 To be exact, it was two days ago (Tuesday, January 11) and it’s called “H.A.M.” The single is taken from the forthcoming album he made with Jay-Z called Watch The Throne, due out sometime in March.

Oh, and he (originally) released it on the official Facebook page for the album. I kid you not. In order to hear it (or, rather, have heard it), you have to like the page. It’s worth your time, of course….if a little absurd. But, hey, brilliant marketing, right? You can also hear it over here.

Anyhow, the track – produced by Lex Lugor – is not your typical Kayne single. Which is to say, it is. What I mean is that by now we should all be used to Kanye surprising us with a new direction, or a variant on a previous theme. Here, he and Jay trade braggadocio verses over a beat that borrows from the current electro-pop craze (that West, by the way, was ahead of when me made Graduation). It features a skittering beat that forces both rappers to rap in near-double-time in order to keep up. They do it flawlessly and out of it comes a fantastic track seeing two of modern music’s best at the top of their respective games. I won’t ruin what the acronym stands for, mainly cause it’s sorta ridiculous. Entertaining, but ridiculous. I won’t ruin the end of the song, either, as that’s a big left hook. Kinda like most of My Beautiful Dark Twisted Fantasy.