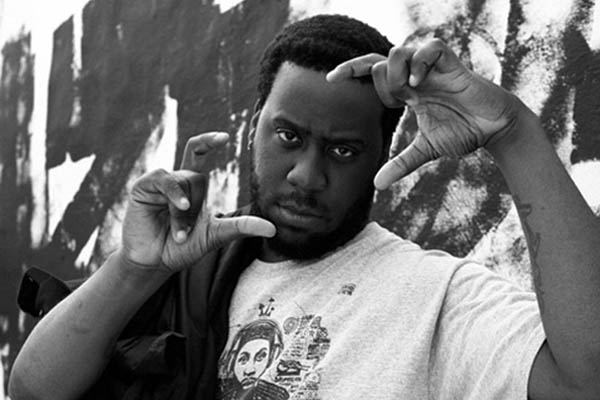 Here’s something that you don’t see often anymore: an audience cheering at a jazz spot when the musicians on stage introduce the first few notes of one of their original tunes. Perhaps it’s simply because few are playing the album releases on repeat in their home or car as they would with a number of rock or pop artists. Maybe it’s because that there just isn’t anything to “sing along to.”

Yes, it’s a pain trying to be a jazz musician today. Correct that: it has ALWAYS been a pain to be a jazz musician. I used to play quite a bit in my native upstate New York as a drummer. While everyone made it transparent that they respected the musical capabilities of everyone on stage (or more often in the corner of the coffee shop or beer garden), they also made it clear that they had no idea what anyone was doing on their instrument. I won’t claim to make this an original observation, but audiences seems to react only to tempo and rhythmic qualities, while the melody seems to slip them – unless they know it – and there fails to be anything to differentiate with.

I don’t play as much anymore, but I do indeed listen a lot of what modern jazz musicians are doing. The music is becoming more hybrid lately, with traditional elements becoming an anchor to the music instead taking the lead. The chord structures are getting denser, and the original tunes in general are more cubic in form than the cylindrical precedents of bop and the like.

Artists like Christian Scott, Robert Glasper and the Claudia Quintet are providing new meaning of what jazz is and how it can be defined as such. This article is not meant to look into the now well-situated battle between progressivism and traditionalists in jazz; who “gets it” and who doesn’t. But there is another aspect of the music that I can not ignore any longer, and the chasm formed by my ambivalence seems to be only getting wider.

This phenomenon that I speak of is the practice of jazz musicians covering and arranging pop and rock artists. I don’t mean tunes out of the Great American Songbook either that have been around for decades. No. Can you imagine artists like Radiohead, The Beatles, Michael Jackson being arranged and performed by a jazz artist? Well, fact is, it happens a lot. The pianist Brad Mehldau is known for covering Radiohead, Paul Simon, and even in one instance released a live recording of his trio covering “Black Hole Sun” by Soundgarden. Of course, the interpretation was Mehldau’s own, but this rock homage is just one of many seemingly unlikely examples.

Before pianist Robert Glasper experienced some pretty heavy attention this past year with the release of the album, “Black Radio”, one of the jazz’s more popular releases in recent years, he was doing a lot of experiments with other genres. “Black Radio” itself has a cover of “Smells Like Teen Spirit”, which is indeed Glasper’s very own arrangement – a fuse of hip-hop and soul mixed with loose beats and mysterious vocals is unlikely, but it has its way of working. Fact is, guys like Glasper are smart enough, musically and culturally, to get you to listen to arrangements such as this. His name and album were even on the Billboard charts – a fact that he joked about at one of his shows that I caught in Durham, NC. A jazz pianist on the Billboard charts? Get outta here.

The examples could go on and on of covers such as Glasper’s happening, and all of the artists have their own way of executing them, but it leaves much to be questioned. What is the goal of these covers? Is this the jazz community’s attempt to formulate a nexus between a technologically-savvy pop audience and their world? I would find it quite disconcerting if this was the primary mechanism that jazz musicians find necessary for the audience to listen.

Perhaps that is all that can happen though. A musician wouldn’t mind for the audience to express that “Oh no way! A jazz pianist playing ‘Everything In Its Right Place’? Maybe these guys are cooler than we thought” reaction. Sad enough, it’s the covers that stick out in the crowd’s mind. Nevermind the labor-intensive original compositions that the musicians record and perform for you as well – you don’t get them.

I will acknowledge that perhaps musicians just want to find a way to bridge genres and not so much the audience through other songs. I understand it can be fun to see how to transform radio-friendly tunes. This should however be approached with much caution. The worst thing that can happen to a jazz musician is to be known for his or her covers instead of their own tunes.

So while the jazz community needs to find ways to connect with an audience that has an ever-growing need for immediate sonic gratification in their music, I am not prepared to say that covers are the way to go. It’s great to see some guys fusing their original content with hip-hop and other genres, but even this becomes something on its own – perhaps apart from jazz. What can be done?

Jazz already seems that it has become a victim of novelization by the greater culture, and covers just mobilize the defense that says, “See? We know what you actually do like, too.” Covers explore the possibilities between jazz and other genres, but to let it be the sole means of getting exposure will only keep the American art form stuck where it is – definitely not in its right place.

Author Bio – Mike Lamardo is a music blogger and musician based out of Raleigh, NC. He writes for DIRECTV about their music channels during the day.