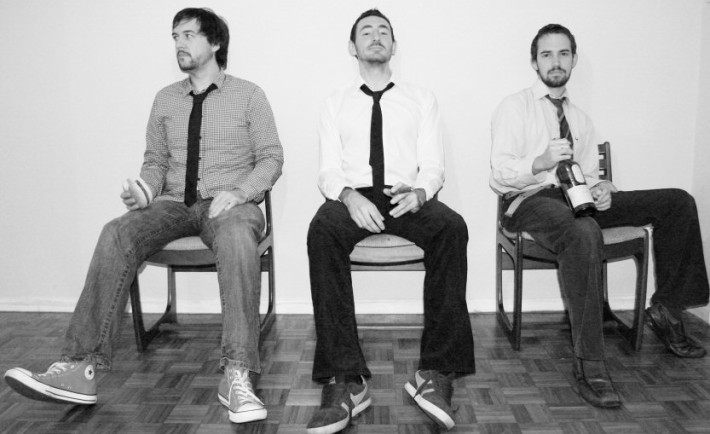 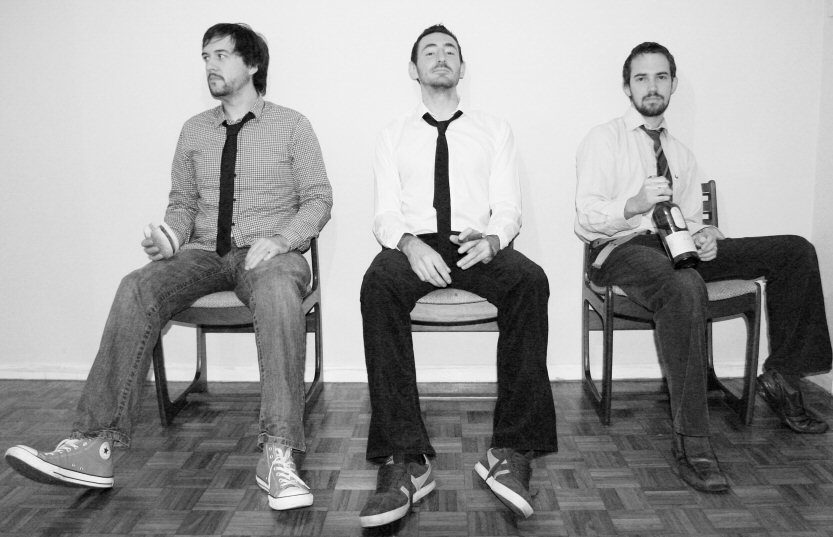 We’re living in an increasingly tiresome world where our attention and patience is constantly being put to the test. Buy 50$ Converse snickers because that’s what’s hip, read NME because that’s where all the good music is, love this band because Pitchfork gave it a 8.4/10 review. Brands, advertising, media, sex etc. –  it all can take its toll and make us lose focus on what’s really important in life. Luckily, we can all find our escape in music, but even there a lot of filtering is needed. With this in mind, what hope does an unsigned artist have of making a name for himself?

It’s not enough to make good music anymore – you have to stand out, to differentiate yourself from the pack. British maverick Aidy understood this and being online since the very beginning definitely help him out. What he wants to do is very simple in essence, but terribly difficult to deliver at the end – namely his “Song A Week” project. One new song every Friday for one year – every Friday without fail.

Sounds familiar? This is because Aidy got inspired by the US solo artist Jonathan Coulton. Coulton worked as a Software Developer until 2005 when he quit his day job and started a project called “Thing A Week” in which he released a new song every single week for one year via his website. Aidy is doing exactly the same, except he isn’t quitting his day job, he won’t be slacking on household duties and he won’t be neglecting the girlfriend. He puts this down to his “fine time management skills and great work ethic” and if all that wasn’t good enough, he’s giving each new track completely free, so with the credit crunch still on Aidy is offering an inexpensive way to fill your I-Pod over 2010.

So far, Aidy is in his eight week and he’s yet to show any sign of stopping. Heck, he might just pull this off! Also, besides releasing a song a week, Aidy also has a weekly video blog and podcast scheduled where he covers his project.

Of course, I found his determination very inspiring and decided to ask him a few questions. Check out the Q&A bellow, as well as some of his songs. All of the project’s songs can be streamed and downloaded here.

ZME Music: You’re already seven weeks in your ambitions ‘Song A Week’ project. I know you’re confident you’ll be able to sustain your current momentum and pace, but … how the heck are you going to pull this off? 52 weeks, man!
Aidy: I’ve got a strong work ethic, and I’m an extremely creative individual, I’ve literally always got a new idea, song or tune in my head, and I’ve also got loads of material laying around in various stages of completion. Notebooks full of lyrics, hard drives, CDs and tapes full of unreleased demo recordings that I’ve accumulated over the years, so even when I can’t think of anything completely new, I have a lot to fall back on.

ZME Music: I understand that you derived inspiration for your project from a similar effort, namely geek idol Jonathan Coulton’s “Thing A Week” project. Coulton managed to successfully deliver all 52 songs in the respective year of 2005/2006, while also building a lot of hype around him in the process, which in turn made him into some sort of internet celebrity. Do you believe you can share his success or at least locally, in the UK?
Aidy: Definitely, even though I’m partly doing this as a marketing exercise it’s also very much a labour of love, I don’t think you could do what I’m doing if you weren’t enjoying it and I think that enthusiasm shines through and is beginning to draw more people to the Aidy.com. I’m only seven weeks into the project but I’ve noticed large increase in traffic to the site since the project began, the bandwidth usage for the site is double what it was in January and we’re not even at the end of the February yet.

When I saw what Jonathan had achieved, I was thinking to myself “I could do that! And I bet I could do it without quitting my day job too!”

ZME Music: I love the idea – I really do. What bugs me though is the thought of forcing creativity. It can work very well at first (I love your work so far), but in time, after fatigue, routine and creative blocks step in, it can lead to quality deficits. Thoughts?
Aidy: You’d only be forcing creativity if you weren’t a creative person in the first place, like I said before I’m an extremely creative individual and this actually isn’t a massive difference to my regular output. I’m always writing and recording new songs, the only difference is I’m probably spending a bit more time polishing things and getting them into a state where I’m happy to send them out into world each Friday.

ZME Music: Where do you draw your inspiration upon for your songs? I’ve read on your website that you recorded songs based on various lyrical themes, be it scenes from movies, ideas from friends, dreams etc. How does the creative process look on a typical Aidy day or week, for that matter?
Aidy: It’s hard to articulate what actually goes on in my head creatively, but I’ll have a go anyway ;-). My inspirations can come from anywhere; it could be from a movie, a drunken experience, a momentary feeling or from just playing an instrument without thinking too much about what I’m doing. Lyrically it’s rare that I’m literal, a lot of the lyrics sometimes start to tell a story as I write them and I’ll just go wherever they take me. Sometimes I’ll sing scratch lyrics and end up keeping them because I enjoy the obscurity. Polly’s a prime example of that, I wrote it in the amount of time it takes to actually listen to the track, it just popped into my head. It tells the story of a girl called Polly who wakes me up every day at 3:30am. I’ve never known anyone called Polly, and I wouldn’t be upset about someone like that exiting my life, yet when it happens in the song it appears like I want her back and I definitely wouldn’t.

ZME Music: Could you talk a bit about your favorite track off the project?

Aidy: My favourite song so far is ‘3 Monkeys’, I wrote it for my girlfriend Jo, she said something like “You should write a song about three monkeys trying to get to Easter Island”. It was a really random idea and I loved it, so I set to work and after a couple of days I had an incredibly catchy three minute pop song telling the story of three monkeys that escaped from a research laboratory. It’s also cool because it feels like I’ve written a song for her, but it’s not a sickening, cliché ballad containing metaphors for love, and she seemed pretty happy with it.

ZME Music: Thanks a lot for the Q&A, Aidy. Best of the luck with the “Song a Week project!

Aidy: Thanks Tibi, appreciate it!