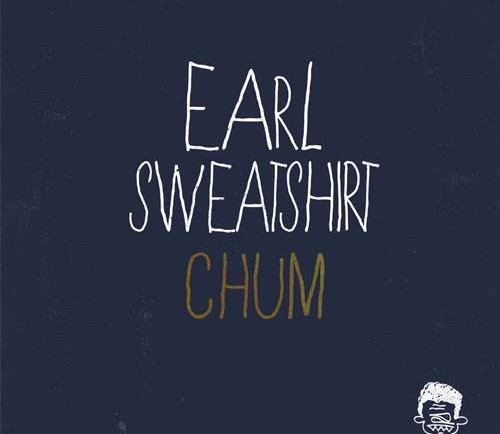 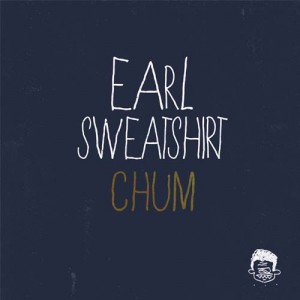 Having pulled out of all of his hip-hop squad OFWGKTA’s summer dates in order to work on his own material, and with his only releases this year being small guest appearances on his co-workers albums (Frank Ocean’s ‘Channel ORANGE’, Mellowhype’s ‘Numbers’, Domo Genesis’ ‘No Idols’), fans have been eagerly awaiting new material from lyrical youngster Earl Sweatshirt ever since he was released from his Samoan disciplinary school in February 2012. ‘Chum’, the suprise new single which landed on November 1st is proof that Earl has matured, and that Odd Future don’t have to offend to succeed.

‘Chum’ is classic OF; a hypnotic piano loop and a subtle, ‘Yonkers’-esque  bassline throughout, accompanied with Sweatshirt’s impeccable use of heavy wordplay and rhyming couplets. In August this year, Earl hinted at a change of direction lyrically on Twitter, when he tweeted “I hope I lose you as a fan if you only fuck with me cause I rapped about raping girls when I was 15.”. This change is evident, as ‘Chum’ acts as an ‘Earl Sweatshirt comes of age’ track. Earl documents his uphill struggle as a child, the absence of his father (“it’s been about ten years since my father left, left me fatherless”), his sibling-like relationship with Tyler, the Creator (“searching for a big brother, Tyler was that, plus he liked how I rap, the blunted mice with the trap”), and criticisms of the aftermath of spending time in Samoa (“you made my life harder and all the ties between my mom and I strained and tightened even more then before all of this shit, been back a week and already feel like callin’ it quits”). Earl has swapped the distasteful lyrical content of his earlier work such as ‘Cool’ and ‘Earl’, and replaced them with genuine storytelling. However, the witty references and wordplay, such as referring to his uphill struggle to success as being ‘harder than Vince Carter’s knee cartilage’, the subtle references that make Odd Future distinctive from the rest still remain. Another distinctive Odd Future feature is the irrelevant eccentric instrumental ending to the extended version of the track, something often used on OF records such as ‘Analog 2’, a track from ‘The OF Tape Vol. 2’.

‘Chum’ is an expertly crafted and produced gem, a dark story, and the ‘boys to men’ stepping stone for Odd Future’s youngest and arguably most talented squad member, Earl Sweatshirt.