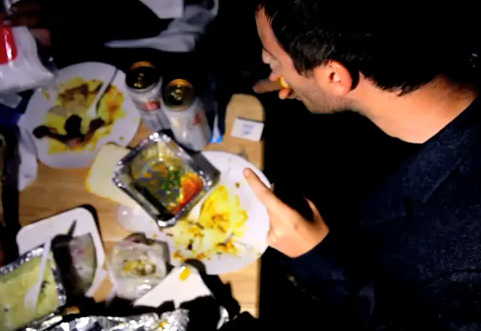 A brand new video for a fashionably old Streets song – beware! Beware of Mike Skinner and his incredible appetite that is, since, besides incredibly rapid fire close-ups, he can be seen devouring copious amounts of food, while sitting back enjoying an after-meal fattie. Although the video isn’t that interesting, I’m more than happy to post “Trust Me” anytime. It’s “dancing music to drink tea to” like Skinner very well went on to describe the sound of the upcoming and final Streets album, titled “Computers and Blues” and due for sometime later this year or early ’11. Play the playlist!