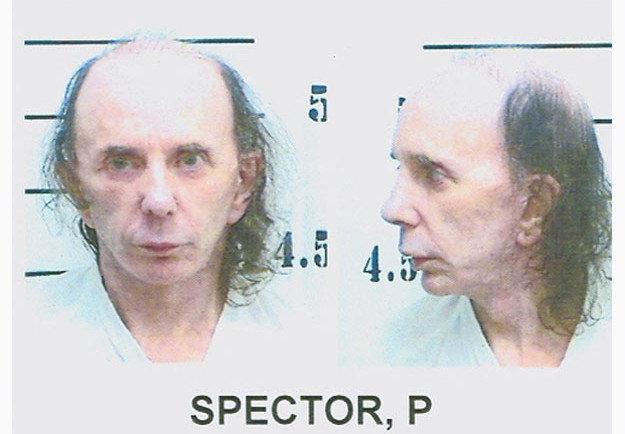 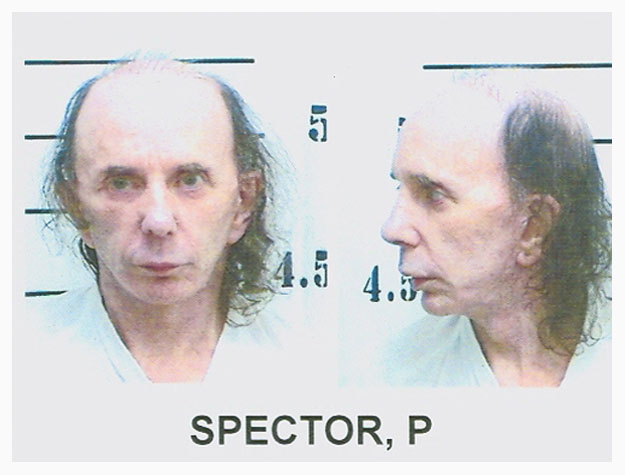 When I first layed my eyes upon this official polici mug shot of what was once one of the most saught after producers in the world, it was pretty much impossible not to exclaim in my mind – “What a cunt!”

Apparently, he was denied access to his vast collection of wigs during the mug shot photo shoot, revealing his Golum shaped cranium in all its splendor. Spector has just been recently been encarcerated to 19 years of prison for the second degree murder of actress Lana Clarkson. Have fun in prison, douche bag!

[via The Smoking Gun]