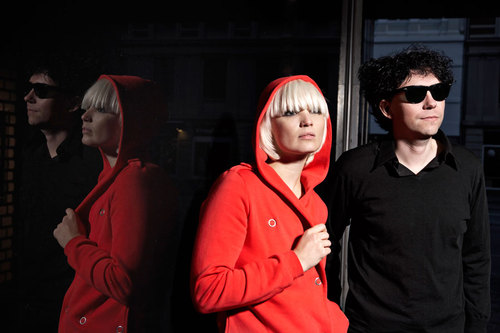 Did I happen to mention how much I love Twitter? I’m sure I have, nonetheless it never hurts reminding people how remarkable this social media giant is. Everybody’s using it. Now, it’s really easy for people to feel more connected, and a lot of boundaries between people have been eliminated, whether they were of physical or social nature.

One of my favorite duos, surf rock outfit The Raveonettes have been sturdy supporters and compuslive users of the service, interacting with fans and updating their status in live time with their gig locations or new music progress. Speaking of new Raveonettes music, the Danish duo just recently announced via their twitter profile that they’ll be releasing each day a demo of every song from their upcoming new record. The first one has the working title of “Last Dance” and, leaving aside the raw/unmasterized nature of the track, is interestingly catchy, in smoochy pop kinda way.

Download the first Raveonettes demo bellow and find out more about upcoming demos at their label’s website.