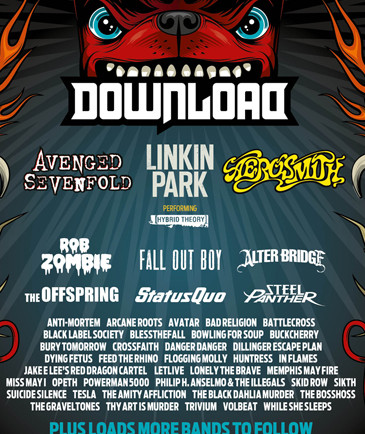 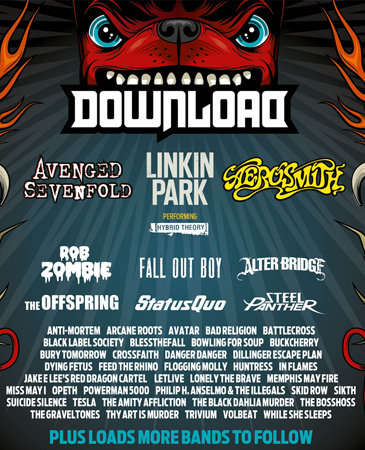 “This is shaping up to be the most diverse Download yet – a real tableau of the past, present and future of rock and metal,” said promoter Andy Copping. “You can see that in our headliners; Aerosmith, Linkin Park and Avenged Sevenfold, and in today’s announcement where we combine such renowned acts as Bowling for Soup and Opeth with newer acts like Bury Tomorrow.”