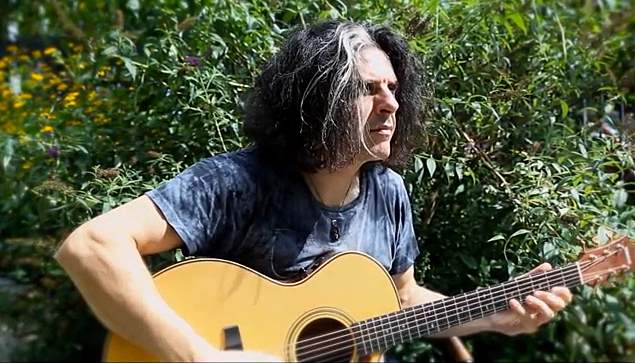 Testament guitarist and Alex Skolnick is “immersed in global rhythms,” writing his first acoustic album with Planetary Coalition, his new, very ambitious project – an album which is set to hit the stores in Spring 2014.

A flavored collection of musicians from all over the world, Planetary Collection is his newest side project, a World Music-Art-Ecology-Architecture project which kick started at Union Square in June 2012, at the annual Make Music New York Festival. Their musical mission is to blend in the virtuosity of jazz, the power of metal and the passion of the musical styles of Gypsy, Middle Eastern, Mediterranean, Indian, African, and other regional musical styles.

In a recent interview with Chris McGovern, Skolnick explained that Planetary Coalition is about more than just music:

“It’s a bit of an ambitious project, and it’s going to be my first crowd-funded project, but basically it’s going to be my first acoustic album, my first world music album, and it’ll have some electric as well. But that’s just the musical side of it. I’ve already written some music for it and recorded it with some great local musicians, including Max Z.T. and violinist Rachel Golub. Depending on how things go, the goal will be to involve musicians from all over the world, from different cultures and regions, and to write music around them, collaborate with them, and eventually have a social component too, where we actually tell the story of some of these regions — the untold story from their perspective, including slide shows, video, etc. It’s a vision I’ve had for a while now, and the few times I’ve performed the music, the response has been very good. Even on this metal web site, BLABBERMOUTH.NET, where they hate everything, they actually seemed to really like this music. Even though it’s not metal music, it has an intensity.”