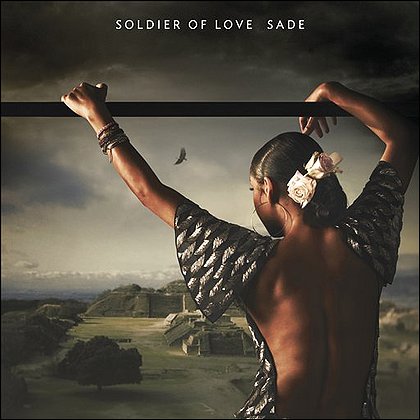 We’re giving away one vinyl copy of Sade‘s first album in ten years, the recently released “Soldiers of Love.” The winner will be chosen at random next week. To enter the contest, please leave a comment below letting us know what kind of artists would you like to be featured in the giveaways to come, here on ZME. A little bit about Sade:

Known for their one of a kind timeless sound, Sade has enjoyed phenomenal success both internationally and stateside throughout the span of their twenty-five year career. Since the release of their debut album, Diamond Life in 1984 the band has seen all five of their studio albums land in the Top 10 on Billboard’s Top 200 Album Chart selling a total of more than 50 million albums worldwide to date. They’ve been nominated for American Music Awards, MTV Video Music Awards and have won three Grammy Awards – first in 1986 for Best New Artist, then in 1994 for Best R&B Performance By A Duo Or Group for “No Ordinary Love”, and again in 2002 for Best Pop Vocal Album with Lovers Rock.

SOLDIER OF LOVE marks Sade’s second album to land at # 1 on the Billboard chart – the first was in 1986 with Promise – and is the first official album release from Sade since 2000’s multi-platinum Lovers Rock which debuted with 370,000 records sold.

Entertainment Weekly featured Soldiers of Love in their “Must List” and gave the album an “A”, Rolling Stone wrote, “it’s unimpeachably excellent,” and The Boston Globe calls it, “a rich and rewarding album.” But the accolades don’t stop there. Associated Press raved, “like a long-ago lover not quite forgotten, Sade has returned to steal our hearts with more beautiful, uncategorizable music,” Billboard was quoted as saying, “it’s been 10 years since Sade released an album, but be forewarned – the giant has awoken,” while People Magazine reminds us that “Sade remains the voice of comfort to the wounded heart.”