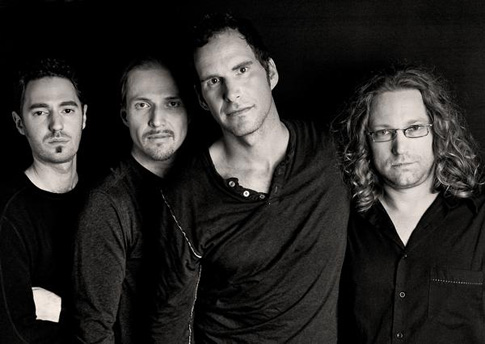 The world, as we all know it, is in great peril, threatened by forces, more or less, out of our control. I’m, of course, talking about the dreaded global warming issue, a phenomenon that affects us all, no matter of social status, nationality or language. Man and his greedy, forsaken nature is surely to blame, but we’re not here to point fingers, for there is still time for his retribution in front of Mother Nature. There’s still time to mend the wrong and change our world for the better, and more people need to realize this. Awareness is the first word that comes to mind and what better way to express it then through music?

Music has always been hailed for its power to move the massed and pass on a message. Fortunately many bands and artists have adopted the model, as loads of benefit concerts and global warming awareness festivals have been held over the last few years. Live Earth is just one awesome example.

Abbotfinney, a Seattle based rock band, lead by the charismatic frontman Jeffrey Alan is yet another fine group of musicians that have joined the fight against global warming. Their whole music, most relevant in their most recent sophomore album “What You’re Here For,” revolves around love, compassion, change and an over all positive vibe; something that we could all use in such a pessimistic and doggity dog world. The creative force behind Abbotfinney is Jefferey Alan, a man of any faces and talents, being an artist, entrepreneur, home interior designer and as of late passionate environmentalist activist. The later has turn into a true anti-globalization movement, as Jeffrey made his own global awareness campaign in the form of GlobelAid365.

The GlobeAid365 campaign will enlist music artists, venues, and tour promoters, as well as music retailers and e-tailers, in a national effort to promote sustainable practices, increase awareness of environmental issues, and raise funds to support key environmental initiatives. GlobeAid365’s primary vehicle will be a live worldwide concert series which is set to launch in 2008 and circle the globe every year thereafter (carbon neutrally of course). Proceeds from the sale of concert tickets, CD’s, digital music downloads and ringtones, as well as corporate sponsorships and private contributions will help fund research and education programs, as well as specific initiatives, including reforestation programs and voter education.

“What You’re Here For” is out now in stores, bellow you can check out the two stand out tracks, “Change” a moving call for action and “You Alone” an awesome rocker, fit for airwaves.