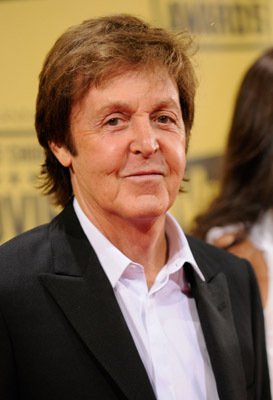 It’s good to know that a musical god like Paul McCartney is not thinking about quitting the business. I mean seriously, the man is like an artefact from a former, greater civiliation. He’s like a deity among men, come down from Olympus or Asgard or something.

So despite being in his 70s, Sir Paul McCartney isn’t planning on stopping any time soon; done. It’s not even a possibility. Why? Well, it’s simple: he loves music. Remember this guys, the love for music?

“For me, the main thing is I love making music so much,” 71-year-old former Beatle said. “If I retired, I’d still do exactly what I do. So I may as well not retire. Retire from what? I’d do this for nothing.”

McCartney recently premiered a new song appropriately titled “New”, and his new album will come up in October. The album promises to be something else, not only because of the work put into it, but also due to the impressive list of colaborators: Ethan Johns, Paul Epworth (Adele), Mark Ronson and Giles Martin, the son of classic Beatles producer George Martin.

“The record is very varied. I worked with four producers and each of them brought something different,” the bassist/singer told BBC. “Mark’s work with Amy [Winehouse] was sensational, so I knew he’d be good. He knows his music, he knows what he likes and the two of us together took the song and tried to put the maximum vibe into it.”