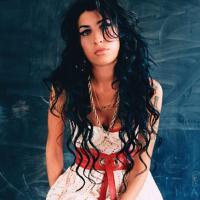 This is a guest article by Emily Buchanan.

From Britney’s mental breakdown to Amy Winehouse’s premature death, the last few years have been a testament to the destructive nature of fame. Thanks, in part, to media suffocation, overbearing fans and the constant pressure from record labels, superstars are treated as just that: super humans – an expectation that most people simply can’t endure.

Recently, researchers from Liverpool John Moores University and the U.K. Department of Health have reported that fame (namely in the music industry) is scientifically proven to kill. An analysis of the greatest performers in history, from Elton John to Elvis Presley, drew a sample set of 1,489 musicians. Only musicians that had achieved and held Top 40 fame for five years or more were recognised in the study, meaning only those who had enjoyed a genuine level of success were considered. Of the musicians that fit the bill, 137 died young.

Most significantly, the study found that solo musicians are twice as likely to die young than those who play in bands. Without the emotional support and solidarity of fellow band members, the effects of international recognition evidently take their toll.

After all, who can forget the frenzied eyes and shaved head of a fallen pop-starlet in the throes of a very-real mental collapse? Those images have surely been blanched into our collective retina. Britney Spears was marketed as a god-fearing all-American virgin before she was old enough to understand what that meant. This instantly exposed (or more realistically, sold) her private life to the public, causing intense media speculation and the inevitable escapism of drug addiction. The press storm that followed was skin-crawlingly sadistic and at one point, the media was positively itching to press publish on a Britney obituary. Thankfully, they never got the chance.

In the same vein, Amy Winehouse’s personal demons were extensively scrutinised by the press. Her fragile state of mind was torn to pieces and this goaded her deeper and deeper into drug addiction. The extent of such dehumanisation became shamefully clear when a woman won an iPod for accurately predicting Winehouse’s death. At the same time, even the press didn’t know how best to report the situation. In 2011, the Guardian berated the media for “feeding” Amy’s addiction when four years earlier, they’d run a piece entitled “Let Amy Winehouse Do Drugs.” “You do it, Amy,” they provoked, “and ignore the in-laws – we need you to go there so we never have to do it ourselves.”

The real question is: why do band members cope? Notably, George Harrison was never shy about his issues with Beatlemania, saying, “They used us as an excuse to go mad, the world did, and then blamed it on us.” Harrison never wanted or expected international success and he had a real aversion to the hysteria it created, not to mention the impact it had on the bands’ general well-being, “The people gave their money and they gave their screams, but the Beatles gave their nervous systems, which is a much more difficult thing to give.” Later, he marvelled at Bob Dylan’s ability to handle fame on his own, saying that had it not been for the other members of the band, he would never have been able to cope.  Indeed, it seems the emotional connection and understanding that comes with a shared experience, especially one as extreme as Beatlemania, is enough to sate the soul.

The tyranny of fame is often justified by the opportunities (both financial and personal) that it provides.  However, whilst superstardom is glamourized as the ultimate success, stars become commodities, products that need marketing, and in this way there is no room for the fallibility of the fragile human psyche.

^ Britney’s Disastrous “Come Back” Gig at the 2007 MTV Awards

This is a guest article by Emily Buchanan.