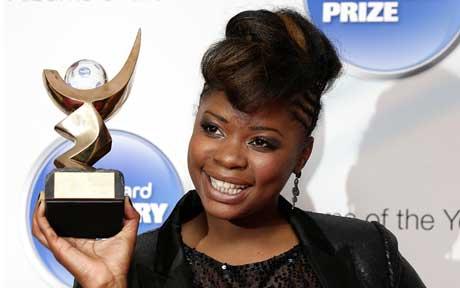 The Mercury Music Award has slowly become a big irrelevant bronze statuette (insert Grammy comparison here) in these past few years of more or less worthy nominees and winners. Things are apparently taking a turn for the best though as this year’s winner, debutant rapper Speech Debelle, is the lowest profile artist ever to receive the emblematic award, beating more notorious acts to the top spot like Kasabian, Glasvegas, The Horrors, La Roux, Bat for Lashes or  bookies favorites Florence and The Machine. Moreover, she’s the first artist to take home the award that doesn’t have the “indie” label written all over her forehead in the last six years, since Dizzy Rascal won it back in 2003.

Her debut album, “Speech Therapy,” was released this may and was voted off as the best by a panel of respected executives, journalists and musicians including last years winners Elbow. Besides a £20,000 stimulant, Speech Debelle’s recent victory will also bring her loads of well deserved exposure thanks to her new found notoriety. Rumors say she’ll soon embark on a US tour, so be on the look for it.

Check out “The Key” bellow, one of her three singles released up to now and my personal favorite.